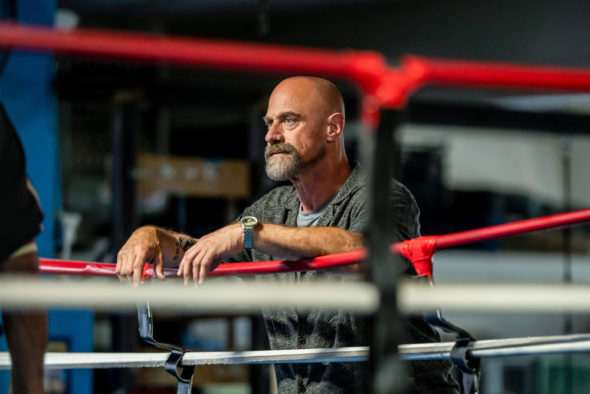 It looks like Stabler and his team are staying on the case for the 2022-23 television season. NBC has renewed Law & Order: Organized Crime for a third year. The second season finishes airing on May 19th.

A police drama, the Law & Order: Organized Crime TV show is a spin-off of the long-running Law & Order: SVU TV show and stars Christopher Meloni, Danielle Moné Truitt, and Ainsley Seiger. Recurring actors include Dylan McDermott Tamara Taylor, Mariska Hargitay, Ellen Burstyn, Ron Cephas Jones, Vinnie Jones, Lolita Davidovich, Mykelti Williamson, Guillermo Díaz, Dash Mihok, Michael Raymond-James, Mike Cannon, and Izabela Vidovic. The story follows the detectives of the NYPD’s Organized Crime Control Bureau as they work to dismantle the city’s most vicious and violent illegal enterprises. Det. Elliot Stabler (Meloni) returns to the force after a decade away and must rebuild his life after a devastating personal loss. Stabler’s sergeant and partner, Ayanna Bell (Truitt), leads the task force and has a long-game strategy to take them down from the inside. Observant and deceivingly smart, Jet Slootmaekers (Seiger) utilizes her tech expertise and hacking skills to give the team a leg up on striking their target.

The second season of Law & Order: Organized Crime averages a 0.54 rating in the 18-49 demographic and 3.41 million viewers in the live+same day ratings (includes all DVR playback through 3:00 AM). Compared to season one, that’s down by 32% in the demo and down by 29% in viewership in the live+same day ratings (including DVR playback through 3:00 AM).  In the live+7 day ratings (which include a week of delayed viewing), the season averages a 0.98 demo with 5.53 million viewers, adding 81% and 62%, respectively.

“The iconic Law & Order brand has long been synonymous with NBC and we couldn’t be more excited to bring back all three of these dramas for the 2022-23 season,” said Lisa Katz, President, Scripted Programming, NBCU Entertainment and Streaming. “It’s a testament to the brilliance of Dick Wolf’s storytelling that audiences remain compelled by these unforgettable characters week after week, year after year.”

“Dreams do come true,” said executive producer Dick Wolf. “The renewals of the entire Wednesday and Thursday night lineups is the ultimate verification of our partnership with NBC and Universal Television. I personally want to thank the talented writers and casts, the producers who keep the trains running on time and the crews who tirelessly turn out outstanding shows despite a degree of difficulty never before experienced due to the pandemic.”

Thanks for renewed season 3. I like this show so much. BEST SHOW EVER!

Good news. I am a fan of Chris Meloni. The plots are very good.