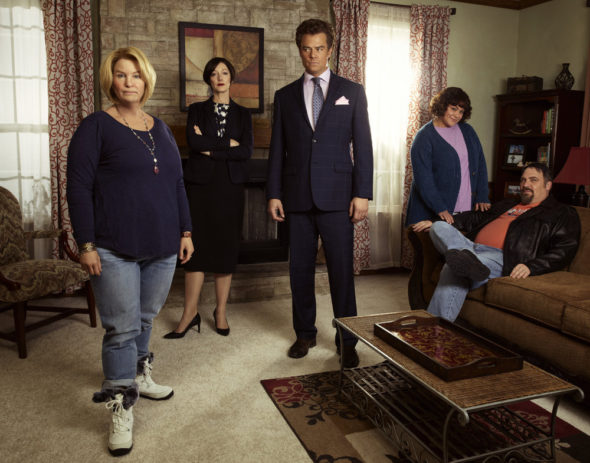 TV show description:
A crime drama series, The Thing About Pam TV show is narrated by Morrison and is based on an actual case that was featured on several episodes of Dateline NBC.

Taking place in 2011 Missouri, the story is based on the brutal murder of Betsy Faria (Mixon) that resulted in the conviction of her husband, Russ (Fleshler). He insisted that he didn’t kill his wife and Russ Faria was later exonerated. The brutal crime set off a chain of events that would expose a diabolical scheme deeply involving Betsy’s co-worker, Pam Hupp (Zellweger).

Series Finale:
Episode #6 — She’s a Killer
Pam goes to shocking and absurd extremes to extricate herself from the web of lies she has spun. Some measure of justice, redemption, and hope is finally found.
First aired: April 12, 2022.

What do you think? Do you like The Thing About Pam TV show? Are you hoping that NBC makes other shows like this?

Awful, boring show….I will not be watching another episode