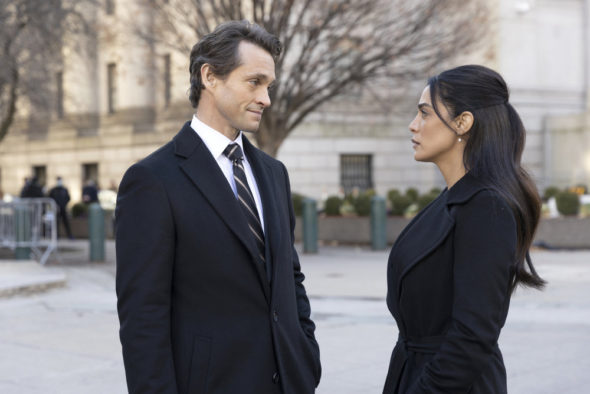 Will the 21st season of the Law & Order TV show live up to NBC viewers’ expectations? As we all know, the Nielsen ratings typically play a big role in determining whether a TV show like Law & Order is cancelled or renewed for season 22. Unfortunately, most of us do not live in Nielsen households. Because many viewers feel frustrated when their viewing habits and opinions aren’t considered, we invite you to rate all of the 21st season episodes of Law & Order here. Status Update Below.

What do you think? Which season 21 episodes of the Law & Order TV series do you rate as wonderful, terrible, or somewhere between? Do you think that Law & Order should be cancelled or renewed for a 22nd season on NBC? Don’t forget to vote, and share your thoughts, below.

Jack McCoy is definitely showing his age. I would not advertise him as a co star but more like a guest star on every show. The last episode he was on for maybe 20 seconds. But 20 seconds of McCoy is better than nothing.

Please boost your number ratings so good drama look forward to seeing it every Thursday night court drama. Enjoy it and love it so far so glad it’s back on air.

Not an Anthony Anderson fan but will watch more episodes. I do like Jack McCoy. Sure wish Jerry Orbach was alive to bring Lennie Briscoe back.