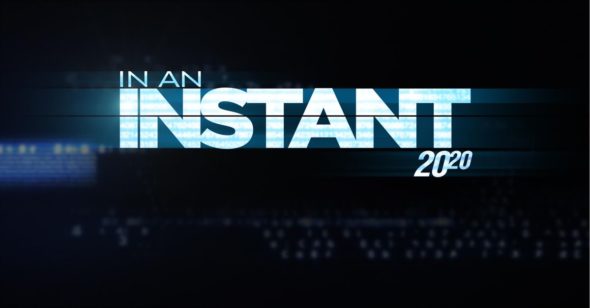 With little fanfare, ABC began airing a fourth season of their In an Instant docu-series on Saturday nights. The TV show has pulled low ratings but the network has renewed In an Instant anyway, likely because it doesn’t cost them much to produce. How will this show perform this year? Will it be cancelled or renewed for season five? Stay tuned. *Status update below.

8/5 update: You can see the latest night’s ratings in context.

For comparisons: The third season of In an Instant averaged a 0.41 rating in the 18-49 demographic with 2.76 million viewers.

What do you think? Do you like the In an Instant TV series on ABC? Do you think it should be cancelled or renewed for a fifth season?

*Status update: It’s been well over a year since the season finale aired and ABC still hasn’t renewed In an Instant. The network may revive it at some point but, for now, it’s considered cancelled.