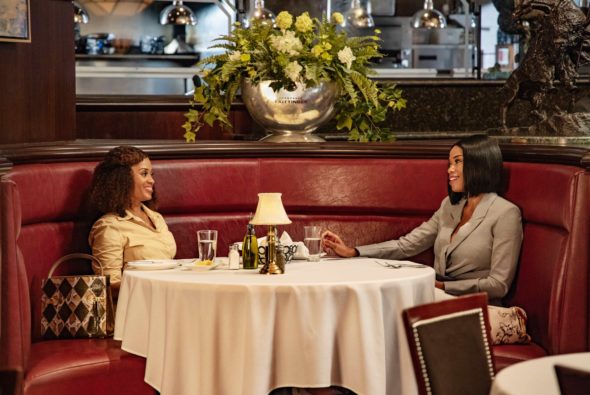 5/23/22 update: Delilah has been cancelled so there won’t be a second season on OWN.

What do you think? Were you hoping that the Delilah TV show would be renewed for a second season? Are you sorry that OWN cancelled this TV series, instead?

I loved this show and it has a nice storyline. Please don’t cancel it without giving the 2nd season a chance…

I really enjoyed the show Deliah. It would be ashame to didmiss this show. It is a nice, clean show. Not as dramatic as Greenleaf, but could be.I would like to see more action or drama on it. But I like the show and hope for a few more seasons

I really liked the acting, the writing, the location and the way the show kept us wanting more. I really hope it doesn’t get canceled.

Love the show!!! So looking for the second season! I can’t wait!!!

I love this show. Please don’t conceal it

Please bring Delilah back, it’s new therefore it needs a little more care and it will be a show that delivers. And I need to find out what happened after you left viewers with that clip hanger, thanks in advance for season 2.

Please bring it back!! Love this show and it’s based in my hometown (Charlotte) too.

I am really loving Delilah. I would wait each week to watch it again. Then the season ended. I am ready for a new season. Please bring it back. This is really a great show. I love it!!!!

I hope Delilah is renewed really liked the show and awaited each week for a new episode, hated when it ended, thought it would start up again by now. I don’t watch many TV series but enjoyed Delilah, hope it comes back for another season

I’m waiting for season 2. I really like the show.

I hope that the show will be renewed

I really enjoyed it. I really hope it gets renewed!

I will be extremely disappointed if Delilah is cancelled.

I really loved Delilah, I truly hope that the show will return.