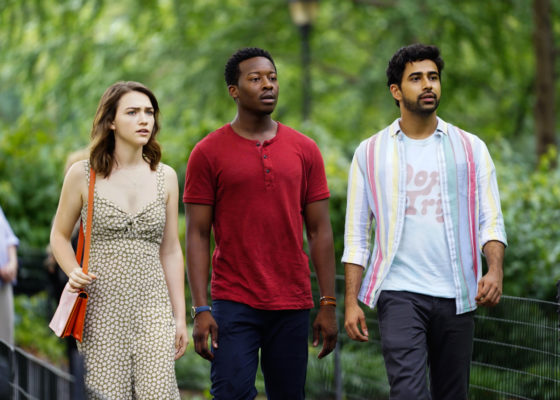 Is this drama series heaven-sent? Is the God Friended Me TV show cancelled or renewed for a second season on CBS? The television vulture is watching all the latest TV cancellation and renewal news, so this page is the place to track the status of God Friended Me, season two. Bookmark it, or subscribe for the latest updates. Remember, the television vulture is watching your shows. Are you?

Airing on the CBS television network, God Friended Me stars Brandon Micheal Hall, Violett Beane, Suraj Sharma, Javicia Leslie, and Joe Morton. Set in New York City, the series revolves around a thoughtful and outspoken podcaster named Miles(Hall). Miles is an atheist and that puts him at odds with his reverend father (Morton). Miles’ life is turned upside down when he receives a friend request on social media from a user named “God”. He eventually accepts and starts digging into his new friend’s account, convinced it’s a hoax. He partners with journalist Cara Bloom (Beane) and gets additional aide from his sister Ali (Leslie) and his hacker pal Rakesh (Sharma). Miles is convinced that the “God” account is an elaborate hoax and is devoted to uncovering the truth. In the meantime, he’s playing along and, in the process, seeing his life changed forever.

The first season of God Friended Me averaged a 0.90 rating in the 18-49 demographic and 7.78 million viewers. Find out how God Friended Me stacks up against the other CBS TV shows.

Will CBS cancel or renew God Friended Me for season two? The ratings have been okay so, for now, I think this new series will be renewed. I’ll keep an eye on the Nielsens and update this page with breaking developments. Subscribe for free God Friended Me cancellation or renewal alerts.

What do you think? Do you like God Friended Me TV series on CBS? Are you glad that it’s been renewed for a second season?

I am so sad this show is not coming back. Guess it didn’t have enough death and drama in it.

This is The best show on tv .. you must bring it back!!!! A story about having faith .. finally something the whole family can watch with morals .. Bring it back

Is God Friended Me going to be on for a third season? It’s a great show.

I am so sad CBS is not renewing this shiw

This is a wonderful show .. I cannot believe you are not renewing this show … shame on you CBS during a pandemic .. you suck .. I am never watching cbs again

Yes i am very happy the show is extended for a second season because i really enjoy watching it on tv every Sunday night and the show keeps you on your feet okay because that show is the bumb in my book so please keep the show on thanks.

Not boring & keeps you on the edge of your seat. Nice for our troubling times.

Wonderful show so very much needed in this time of constant negativity!!

Yes I love this show please don’t cancel it. I live to see this show so up lifting. And doing good for people is what we need. Bring it back please.

God Friended Me is one of my favorite shows on Amazon Prime. Cara and Myles do a fabulous job in the season one. I really loved Rakesh character a lot, how he goes to unravel God account but ends up finding nothing. I too would have been disappointed if John Dove and Simon Hayes was behind the God account but fortunately it was not. Now I love to go ahead and watch season 2 on how Joy and Myles do the helping job.

I really like the show. I enjoy shows that represent God. It should stay forever. They chose the right people to play the characters.

My friends, family and I love this show. I wish more shows like this would be on TV. I pay for a CBS app just so I can watch this show and any I had missed.