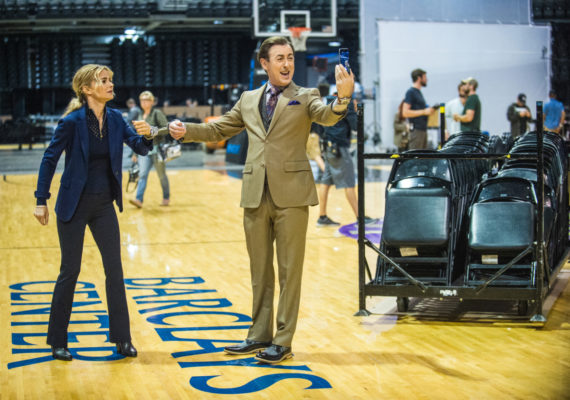 What does your gut tell you? Is this the beginning of the end for the Instinct TV show on CBS? Although originally, the episode “Long Shot” was supposed to air on Mother’s Day, it has been pulled from the schedule for May 13th and is being replaced by a second episode of 60 Minutes. Whether Instinct‘s season two renewal chances are the real long shot remains to be seen.

Instinct is also not scheduled to air on May 20th, but that had already been the plan. According to the network’s press site, new episodes are still slated for May 27th and June 3rd. Of course those weeks fall outside of Nielsen’s May Sweeps period, which this year runs from April 26th to May 23rd. Whether Instinct will be cancelled or renewed for a second season, it seems CBS may not have wanted it to further dilute the Sunday night ratings during Sweeps.

The first season of Instinct is averaging a 0.81 rating in the 18-49 demographic and 7.859 million viewers. Of the 27 scripted CBS TV shows we’re tracking right now, Instinct currently ranks 21st when sorted by its demo ratings. It rises to ninth place, however, in terms of average total audience size.

What do you think? Will the Instinct TV series be cancelled or renewed for season two on CBS? What would happen if it were up to you? Sound off, in the comments.

one of my favorite shows please dont cancel

Why do they cancel intelligent shows and keep mindless programming on the air?

Absolutely love this show! Alan Cummings is brilliant. This program is engaging, entertaining and keeps me watching. Give this show a fighting chance: it is much more deserving of air time than the rest of the mindless, boring flotsam being aired.

We absolutely love Instinct. Love the story lines and Alan Cummings. Refreshing & entertaining from all the silly 30 minute sitcoms on TV these days. Please don’t cancel!