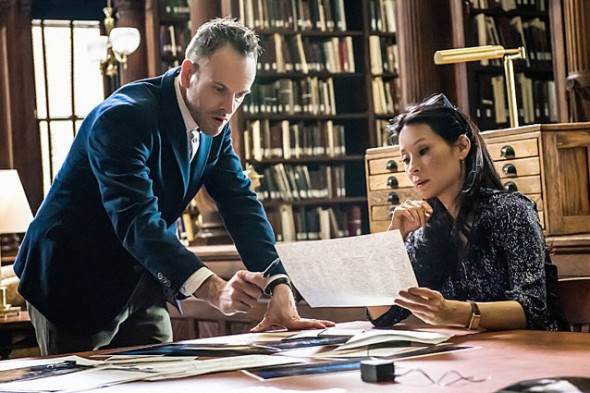 Some good and bad news for Elementary fans. Recently, CBS announced the Monday, July 9th episode of the TV series has been pulled for the President’s Supreme Court announcement.

While tonight’s episode of Elementary has been bumped, fans will be happy to learn the series’ seventh season will begin shooting this week. According to an inside source, filming is expected to wrap around December. CBS has yet to announce a premiere date for the upcoming season.

Please note the following schedule changes to the CBS lineup on Monday, July 9. They include inserting a rebroadcast of NCIS: NEW ORLEANS at 9:00 PM, moving the original episode of SALVATION to 10:00 PM, and pre-empting an original episode of ELEMENTARY.

What do you think? Do you watch Elementary? Are you enjoying season six?

Loving the latest season of Elementary….much better than the last one. Long may it continue

We love Elementary and very glad it has been renewed.
I wish we could see the past seasons because my husband didn’t get to watch them and it’s one of his top two favorites.

We like Elementary. This season has been better than last season so far. Looking forward to Season 7

Love Elementary! When do we see the July 9 show that was cancelled?

Stupid president speech. I love Elementary, it is the best show currently on tv right now.

Please air the July 9th episode of Elementary……this is a new episode when all we’re getting is re-runs and it is the 2nd part of a story started last week. PLEEZE!

In my opinion Elementary is the finest series on TV today. The acting is of exceptional high quality and the writing is consistently outstanding. I look forward every Monday to watching Johnny Lee, who has replaced Basil Rathbone as the best Sherlock EVER, and Lucy weave their way thru the most obscure clues to find the dastardly villains by the end. Needing to pick up my wife from the airport at the same time as the show was not a problem as my DVR is set to record every episode. Our disappointment was great when we discovered the show that… Read more »

I really enjoy this show and are glad to hear S7 is in the works.

When can we see the July 9th episode?

I’m with u. Would like to know when season 6 episode 11 will air.

Yes! I hope it will be broadcast this Monday! Don’t skip it or hold on to it. Thanks!