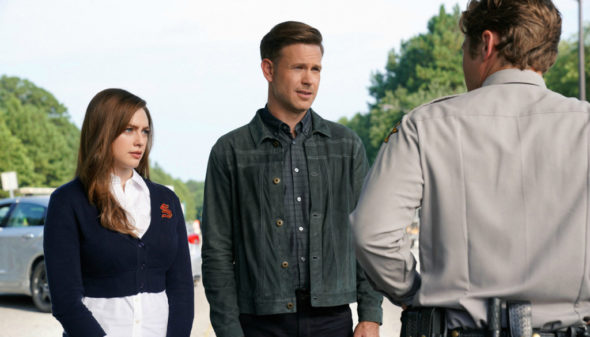 CW viewers can continue following the story of Hope Mikaelson and her friends. The network has announced that the Legacies TV show has been renewed for a second season. It will be part of the 2019-20 broadcast season.

The first season of Legacies is averaging a 0.33 rating in the 18-49 demographic and 1.08 million viewers. The show is connected to past CW series and is a middle-of-the-road performer ratings-wise so the renewal is no big shock.

Today, The CW also announced that nine other TV shows had been renewed for the 2019-20 season: Arrow, Black Lightning, Charmed, DC’s Legends of Tomorrow, Dynasty, The Flash, Riverdale, Supergirl, and Supernatural. The fates of All American and Roswell, New Mexico have yet to be announced.

What do you think? Do you like the Legacies TV show on The CW? Are you glad that this series has been renewed for a second season?

Awesome show. Absolutely love all the sequels and can’t wait to see next episode of legacies and hoping to see all characters from the originals and vampire diaries to be on the legacies series

I love legacies, and I am super excited that season 2 has been approved.

I’m so glad I love this show. when is the next air date.

I am so happy it is being renewed. I was so upset when Vampire Diaries ended and then Originals. This is my only link to a couple of my favorite shows

It would be nice to see them bring some of the characters from The Originals to Leagacies. Remember, Freya, Rebekah and Kol are still alive. As well as Davina, Vincent, Marcel and a host of others. The only criticism I have is that to be such a powerful character, they Twinkied Hope up a bit too much. Her character just seems a bit weak to be as powerful as she supposedly is.

I am happy that it is going to be renew. I loved vampire diaries and the original. I love legacies

Love all three, Vampire Diaries, The Originals and Legacies. If possible bring the other two back as well, since they go hand and hand with the other stories. Love it!!! Don’t cancel ever

So happy that Legacies has been renewed!

I am 64 and have never been into vampire shows, but this show has a twist and a cast that makes me want to watch it. I have been pretty impressed with most of the episodes, but the cast and their interactions are what really brings it together for me.

I never got into vampire diaries but LOVED the originals and legacies. So glad it’ll have a season 2!!!!

I’m 46 and am obsessed with all; Vampire Diaries, The Originals, and Legacies! Hate i have to wait to see the next season !!! Wish we could bring them all back!!! Hurry with Legacies can’t wait see what else you have in store for us!!

Outside the demographic but I love that show! I am

I am Outside the demographic but I love that show! I am 65 years old but I think this is a great show following the vampire diaries. I am so very glad the CW has renewed it. Thank you CW!

Love the show, it is intriguing and keeps you wanting more. Thank you for making another season.