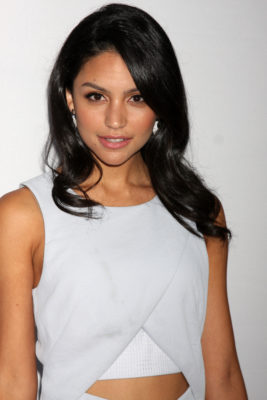 A spin-off of The Vampire Diaries and The Originals, the supernatural drama centers on Hope Mikaelson (Danielle Rose Russell), daughter of the Original, Klaus Mikaelson (Joseph Morgan). Hope is now a student at The Salvatore Boarding School for the Young and Gifted, along with other unusual students, including Lizzie (Jenny Boyd) and Josie (Kaylee Bryant), the twin daughters of Alaric Saltzman (Matt Davis).

On season two of Legacies, Santos will be playing “Maya, a sharp-tongued and flirtatious new student at Mystic Falls High, the sister of Ethan and the daughter of Sheriff Mac,” Denishof will be playing a British sorcerer named Professor Vardemus, and Doherty has been cast as a “very old vampire with old ideas about the way things work — but Lizzie might be into that.”

Season two of Legacies premieres on The CW on October 10th at 9 p.m. ET/PT.

What do you think? Have you seen Legacies? Will you watch season two?

I can’t wait to see the new Legacies it’s my favorite new tv series. I record every episode and have watch each one twice. So thankful it’s finally about to start a new season…awesome show. I’m the biggest fan.

Please on Legacy bring everyone na while some of the actors from The Vampire diaries and The Originals…
It be the top of the top Series Ever!!!

I love the new show legacies. I was very upset when Vampire Diaries ended. So glad its connected together.

Sure I’ll watch. I find the show imaginative and entertaining. I also enjoy watching the talents of such young and vital actors and actresses. Good luck.

I have watched the series vampire diaries, the originals, and now legacies season one what I liked about the first two is when the series ended they had a finish. That is my only complaint about legacies at the end of the season if it was canceled there would be no finish to the story I hope that doesn’t happen