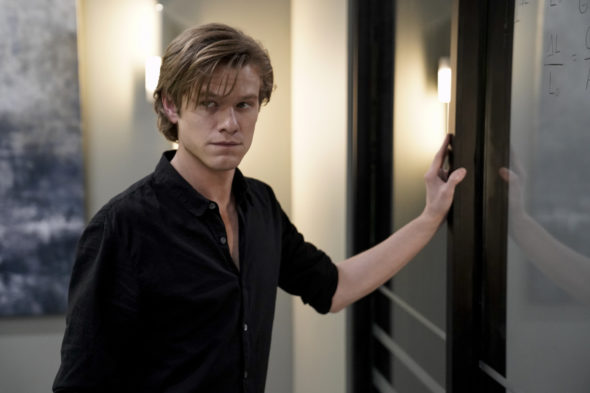 MacGyver is set to return at mid-season with its fourth season to CBS, and the fans received some great news from a member of the cast on Tuesday.

Henry Ian Cusick went to his Twitter to share that MacGyver had been picked up for an additional nine episodes before season four even premiered. This gives the fourth season a full 22 episode order.

Just heard @MacGyverCBS has been picked up for 9 more episodes! Woohoo!#MacGyverS4

Justin Hires also shared the same news on his Twitter. CBS did not officially make the announcement themselves.

It’s official… we got picked up for a full season before season 4 has even aired!!🙌🏽🙌🏽 22 episodes💪🏽💯#MacGyver #Bozer #Double0Boz #Season4 #CBS https://t.co/lC60TJInsV

Cusick joined the series as a series regular for season four. He was last seen on The 100 and Lost. Lucas Till stars on the series as the main character.

Season three of the series saw a drop in the ratings with an average of six million tuning in each week. A return date has not been announced for the series.

What do you think? Are you ready for the return of MacGyver? Are you excited to hear that the season will have 22 episodes?

Finally CBS is making a smart choice. MacGyver is one of the most exciting shows on TV. Lucas is a fine actor too.

I’m so happy for the return of Macgyver! Love the show so much:)

so happy for the additional shows

I love this show. So happy to hear about additional shows.

So glad to hear this. MacGyver is one of my favorite shows. Good decision CBS.

I just LOVE THIS SHOW. I can’t wait for it to come back on. Cast members are outstanding. REALLY great storylines. I was disappointed that it hadn’t already started its 4th season. Sooo ready for the next show. Thanks for such a great show

Love MacGyver ! Hated the loss of his sidekick last season. Can we bring him back , please !!

Mcgyver season 1 the quest for his and her friend nikky and puts a lot of why? .season 2 quest for his father sounds reasonable and season 3 quest for arch enemy old n new murdock? Season 4 smells more adventurous than ever!@ yahoo!!

Thank God I love this show I was very up set when I didn’t it for the fall lineup. Please please don’t take my macgyver away anymore

I loved this show until Jack left. Pitting a girl in his place was a horrible mistake. I will not watch it until he comes back.

I loved the show as long as Jack was in it. Putting a girl in his place was a horrible mistake. I now dislike it and will not watch it unless Jack comes back.