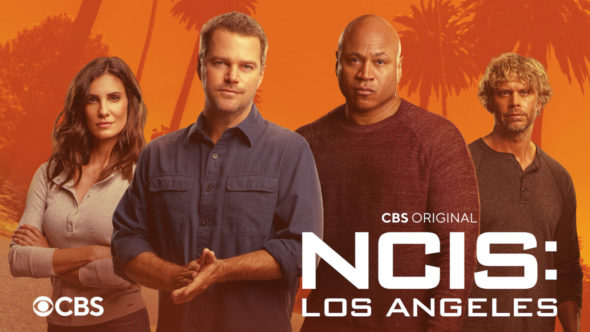 Though NCIS: Los Angeles airs on Sunday nights and often has inconsistent start times during football season, it’s remained a solid performer for CBS. It’s become tougher and tougher to establish new shows these days, so networks are sticking with proven performers more than ever before. Will NCIS: LA be cancelled or renewed for season 15? Stay tuned.

What do you think? Do you like the NCIS: Los Angeles TV series on CBS? Should it be cancelled or renewed for a 15th season?

Love this show . Since the beginning . Robin Batman Chris o Donell so great cast look forward to seeing it every Sunday.

I am sorry but where is the previous episode to The Body Stitchers Season 14 Episode 3?
I do not remember there being a previous episode involving this subject.
It’s insulting to suggest we just follow this charade.

Such awesome great series love it all episodes of it.

The first ep about these killers was in season 9 ep 17 called The Monsters i believe.

Please boost your ratings so good drama crime look forward to seeing it every Sunday night enjoy it and love it good episodes of it.