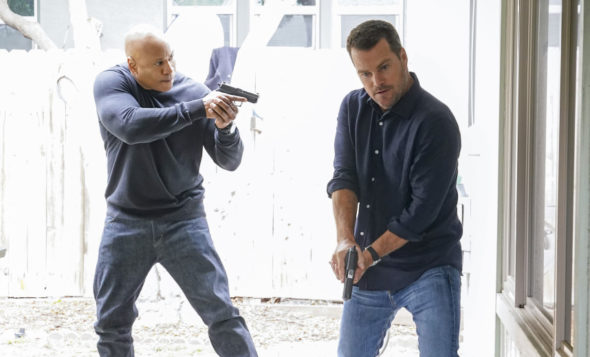 Callen, Hanna, and the rest of the team will keep working into the 2022-23 television season. NCIS: Los Angeles has been renewed by CBS for a 14th season. The 13th season is airing on Sunday nights and will wrap on May 22nd.

What do you think? Have you kept up with the NCIS: Los Angeles TV show on CBS? Are you glad that this action series has been renewed for a 14th season?

Devoted fan of this show. Love the cast. Would like appearances of Hetty. She is fabulous. Like Kilbright also. Would like to see Nell and Eric too

Don’t like the cast change on NCIS LA. Gerald McRaney is too much. Need HEDDY BACK AS WELL AS Nell and Eric.

LEAVE ALL THE NCIS SHOWS ALONE. Alot of us aren’t even aware of these venues to communicate. We will however HATE CBS if they cancel our shows!!! Bad enough we are losing so many cast members!!!

Here in the UK season 13 of NCISLA hasn’t even started yet! When are we going to get to see it?????

Good news look forward to seeing it spin-off is the best between two shows. Never missed any episode of it. Enjoy it and love it.