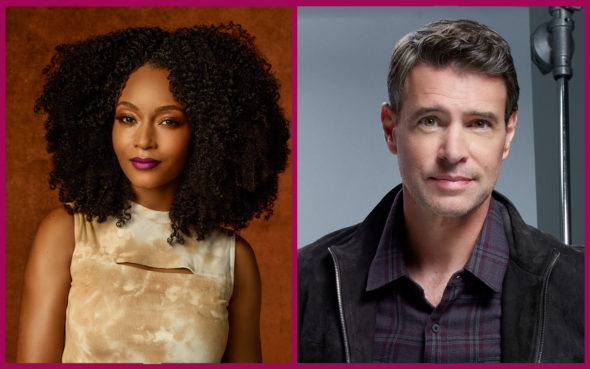 (Our Kind of People & The Big Leap/FOX)

It’s that time of year again. The new batch of network shows has been on the air for a couple of months. Some have been given full-season orders while others have not. FOX’s The Big Leap and Our Kind of People fall into the latter category and won’t return for mid-season. Have they been cancelled or, is there still hope for second season renewals?

A drama series, the Our Kind of People TV show stars Yaya DaCosta, Morris Chestnut, Joe Morton, Nadine Ellis, Lance Gross, Rhyon Nicole Brown, Kyle Bary, and Alana Bright with Debbi Morgan, L. Scott Caldwell, Raven Goodwin, and Nicole Chanel Williams in recurring roles. The series takes place in the aspirational world of Oak Bluffs on Martha’s Vineyard, a historical stronghold where the rich and powerful Black elite have come to play for over 50 years. In the story, a strong-willed and single mother named Angela Vaughn (DaCosta) sets out to make an impact but she soon discovers a dark secret about her mother’s past that turns her world and the community upside-down.

Airing on Mondays, The Big Leap averages a 0.24 rating in the 18-49 demographic and 1.28 million viewers in the live+same day ratings (including DVR playback through 3:00 AM). The series sees significant gains in live+7 day viewing, averaging a 0.34 demo with 2.12 million.

On Tuesdays, Our Kind of People averages a 0.32 rating in the 18-49 demographic and 1.47 million viewers. This series also sees significant gains in live+7 day viewing, averaging a 0.52 demo with 2.25 million.

Deadline reports that FOX has opted not to order any additional episodes of these low-rated freshman series. Leap will wrap its season with 11 episodes while People will have an even dozen installments.

The decision not to order additional episodes is hardly surprising. Both shows have struggled in the ratings and are the network’s two lowest scripted performers, even when adding in the live+7 day delayed viewing.

Word is that the network is talking to the shows’ producers about ideas for second seasons. Talk about shows that don’t get episode back orders still being in contention for next season is par for the course and has never, to my memory, resulted in a renewal. While neither series has been officially cancelled, it is highly unlikely that FOX will want to resurrect two disappointing performers and try to generate interest for second seasons. Maybe this time will be different?

What do you think? Do you watch either The Big Leap or Our Kind of People on FOX? Do you think there’s a chance that either of these shows will be renewed for 2022-23 or, have they essentially been cancelled?

Please renew The Big Leap!! I can’t get enough of the cast and story lines. I laugh, I cry. I NEED MORE!!

I love the show Our Kind of people. The problem is probably the time slot. It’s up against La Brea on a different station and The Oval same time slot. I usually tape all three. Can’t watch them all at the same time.

I love Our Kind Of People. It, definitely should have a second season! The ratings will continue to climb. Give this show a true chance to succeed. We will watch. Thanks

I watch both shows. I think they should be renewed.

I love the show our kind of people. Great drama. I hope maybe BET or Own will pick it up

I LOVE Our Kind of People and The Big Leap. These shows are entertaining and different. No cancellations please.

Love The Big Leap! It’s a quirky and entertaining show. Simone Recasner is wonderful in her role.

I want Yaya back on Chicago Med; and I want Morris back on The Resident/

Our kind of people shows promise. Please, please give the show a chance to thrive. You will not be disappointed. Thanks in advance for your consideration in this matter.

I Love watching Our Kind of People. ❤Our Kind of people has a great storyline about Family and friends. This is a show the family can watch together.

Go figure. Everytime I get into a show they cancel it. I love Our Kind of People. I live for the drama. I’d be afraid of what season 2 would be like. Anything in connection with Lee Daniels is guaranteed to suck with a second season. I hope they give the show a another chance. At least give a second season to see how it goes.

I watch our kinda people and so do my. Friends but a lot of us watch on hulu we are truck drivers so watching on tv at it airing time isn’t an option plus they picked a bad time slot

Love “Our Kind of People”. Hope for a Second Season.

I had stopped watching TV and then Our Kind of People came along. Everyone I told of the show loved it. There was so much Black history and culture in the series. I am disappointed. I hope they reconsider and return the show.