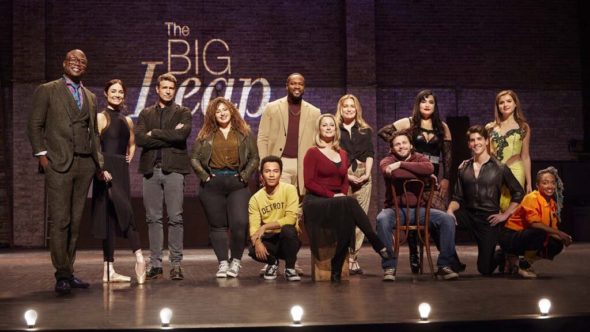 A dramedy, the show will revolve around a reality dance competition. A premiere date hasn’t been announced as yet but it’s expected to premiere during the 2021-22 television season.

Here’s some more information about The Big Leap from the network:

· Logline: THE BIG LEAP is a big-hearted, rowdy dramedy about a group of diverse, down-on-their-luck characters attempting to change their lives by participating in a potentially life-ruining reality dance show that builds to a live production of Swan Lake. What this group of underdogs lack in dance training, they make up for with their edge, wit, and desire to reimagine an iconic story to fit their own mold. THE BIG LEAP is a modern tale about second chances and chasing your dreams and taking back what’s yours. Inspired by a U.K. reality format, THE BIG LEAP is an innovative show-within-a-show that takes viewers on a journey of self-acceptance, body-positivity, and empowerment at any age.

What do you think? Do you plan to check out The Big Leap TV series when it eventually premieres?

I will give it a look,no promises though,not sure it is my type of show.

Yes, I plan on watching it. Fan of Teri Polo.

No, you have to be kidding a “reality” show about a reality show. I don’t watch reality shows to begin with.

If Prodigal Son gets cancelled I’m done with FOX.