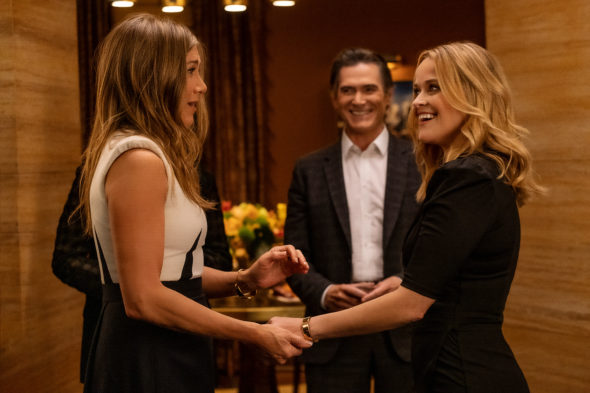 What do you think? Which season two episodes of The Morning Show TV series do you rate as wonderful, terrible, or somewhere between? Do you think that The Morning Show on Apple TV+ should be cancelled or renewed for a third season? Don’t forget to vote, and share your thoughts, below.

Season 1 was good but
Sadly Season 2 has not followed in its
Footsteps. For me it’s just about 2 over privileged white women arguing and complaining because, although they have everything they want, it’s still not good enough! I really don’t care! There is topical elements and subplots shoe horned in but they feel like an afterthought. Jennifer’s character is a horrible person, and unfortunately her, Reese and the rest of the super talented cast can’t save this one.
I’m very disappointed but over The morning show. NEXT!!!

I love everything about the Morning Show. The scripts are well written and the actors are fantastic. Hope there is a season 3.

I can’t watch anymore. Jen’s over the top acting and most of all, I just can’t look at her face anymore. She’s completely ruined it, expecially her mouth. She has that frozen look now and she should have left her face alone.