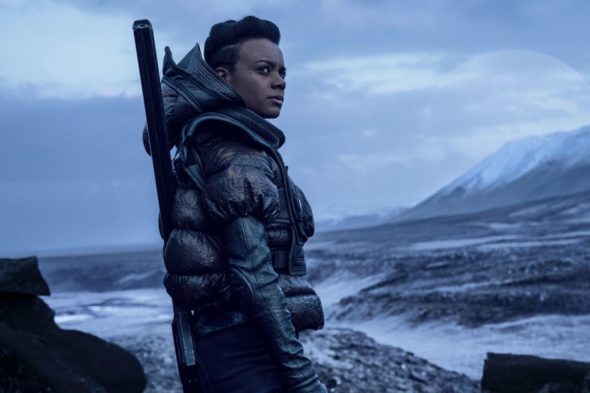 How far will Hari and his followers get in the first season of the Foundation TV show on Apple TV+? As we all know, the Nielsen ratings typically play a big role in determining whether a TV show like Foundation is cancelled or renewed for season two. Apple TV+ and other streaming platforms, however, collect their own data. If you’ve been watching this TV series, we’d love to know how you feel about the first season episodes of Foundation here. Status Update Below.

An Apple TV+ the Foundation TV show is based on Isaac Asimov’s book trilogy of the same name. It stars Jared Harris, Lee Pace, Lou Llobell, Leah Harvey, Laura Birn, Cassian Bilton, Terrence Mann, and Alfred Enoch. When revolutionary Dr. Hari Seldon (Harris) predicts the impending fall of the Galactic Empire, he and a band of loyal followers venture to the far reaches of the galaxy. Their goal is to establish The Foundation in an attempt to rebuild and preserve the future of civilization. Enraged by Hari’s claims, the ruling Cleons — a long line of emperor clones — fear their unrivaled reign may be weakening as they’re forced to reckon with the potential reality of losing their powerful legacy forever.

What do you think? Which season one episodes of the Foundation TV series do you rate as wonderful, terrible, or somewhere between? Do you think that Foundation on Apple TV+ should be cancelled or renewed for a second season? Don’t forget to vote, and share your thoughts, below.