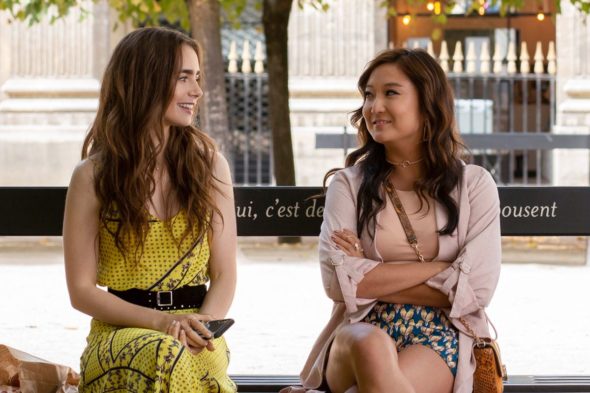 Emily in Paris season two arrived in December, just before the holidays, and Netflix has now given fans a late Christmas gift. The comedy series has been renewed for two new rounds — seasons three and four. Additional details will be released at a later date.

Netflix revealed more about Emily in Paris in a press release.

“Emily, an ambitious marketing executive from Chicago, unexpectedly lands her dream job in Paris when her company acquires a French luxury marketing company – and she is tasked with revamping their social media strategy. Emily’s new life in Paris is filled with intoxicating adventures and surprising challenges as she juggles winning over her work colleagues, making friends, and navigating new romances.

In Season 2, now more entrenched in her life in Paris, Emily’s getting better at navigating the city but still struggling with the idiosyncrasies of French life. After stumbling into a love triangle with her neighbor and her first real French friend, Emily is determined to focus on her work – which is getting more complicated by the day. In French class, she meets a fellow expat who both infuriates and intrigues her.

Check out the renewal announcement for Emily in Paris from Netflix below.

Emily in Paris has been renewed for Season 3 — and Season 4! 🍾 pic.twitter.com/3zqj36vmnO

What do you think? Are you a fan of Emily in Paris on Netflix? Do you plan to watch the next two seasons?