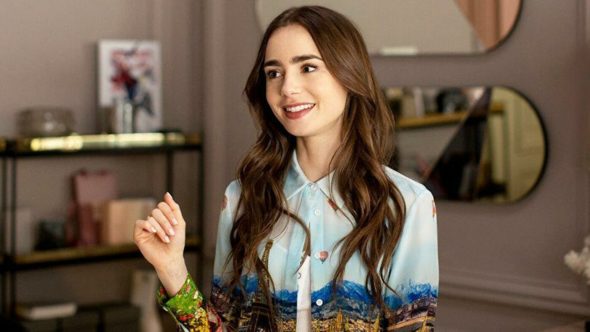 Emily’s adventures will continue. Netflix has renewed the Emily in Paris TV series for a second season. The first season of 10 episodes was released on October 2nd.

The streaming service announced the second season renewal in a press release which features a letter from Emily’s employer:

‘Emily in Paris’ renewed for Season 2

Emily in Paris has been renewed for a Season 2! Please see the formal letter from SAVOIR agency below.

Emily in Paris stars Lily Collins and is produced by MTV Studios, Darren Star Productions, and Jax Media. In addition to Star, Tony Hernandez and Lilly Burns of Jax Media, and Andrew Fleming serve as executive producers with Lily Collins also serving as producer on the series. 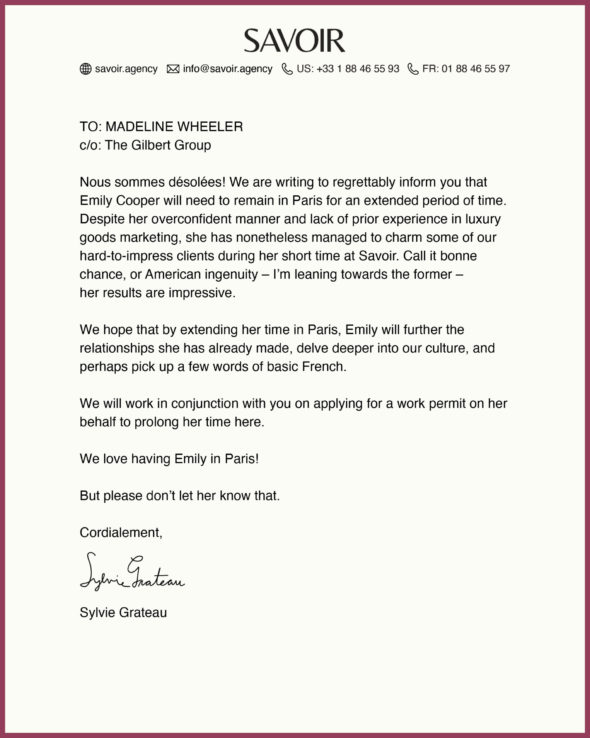 Emily in Paris will return for Season 2! pic.twitter.com/QDOzpzjliz

What do you think? Have you watched the Emily in Paris TV show? Are you looking forward to the second season?

Yay!!!! This was a really good show. I got to go to re-live my trip to Paris during the pandemic!!