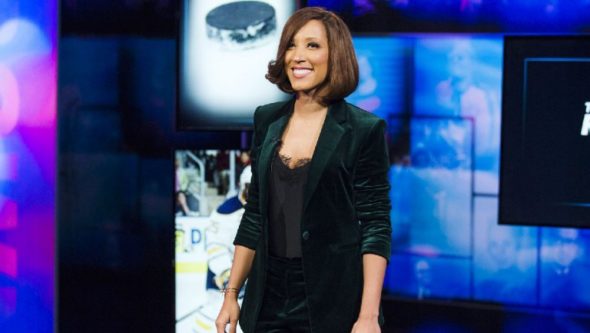 It’s the end for The Rundown with Robin Thede. Variety reports BET has cancelled the TV show after only one season.

Hosted by Thede, the late-night comedy “served up a mix of headlines, sketches, field pieces and short documentary segments.” The series premiered in October 2017 and wrapped its 24-episode first season in April.

Despite positive reviews, BET has decided not to renew The Rundown with Robin Thede. You can read the network’s statement below:

At this time BET Networks has decided not to renew ‘The Rundown with Robin Thede.’ We have so much love and respect for our Unicorn and look forward to finding ways to continue in partnership with Robin.”

What do you think? Have you seen The Rundown with Robin Thede? Are you sad it’s been cancelled?

Very upset this show was cancelled. If certain things weren’t working, then fix that, but don’t cancel the show. First Larry Wilmore now Robin Thede! This is b.s. These show may have had some issues or problems, but not so bad that they deserve to be cancelled. Much worse shows are still on the air.

Boy did you hit the nail on its head, so right so right

I was looking forward to seeing Robin’s 2nd season, she is very smart and funny. We need shows like hers informed. Oh well back to reruns of Martin, Fresh Prince & Tyler Perry shows. Zzzzzzzzzzz!

I’m really upset they cancelled this show. BET has a bad habit of starting shows and not finishing them, they won’t even give them a chance. This was the one show I learned and understood what was going on in the political world and helped put things in perspective in regards to African Americans. I also liked the cool artist vibe guest appearances at the end, great music! I’m so disappointed in BET’s programming… #RIP #TheRundownBET #TheQuadBET #RebelBET #BeingMaryJane

I couldn’t agree with you more, you are spot on!!!

BET blew it when they decided cancel The Rundown with Robin Thede. We don’t have any representation during late night and if BET can’t represent. Robin Thede is smart, funny and good looking. Face it BET you made a terrible mistake.

Just found out Robin Thede show was cancelled, you are right on BET made a terrible mistake once again!!!