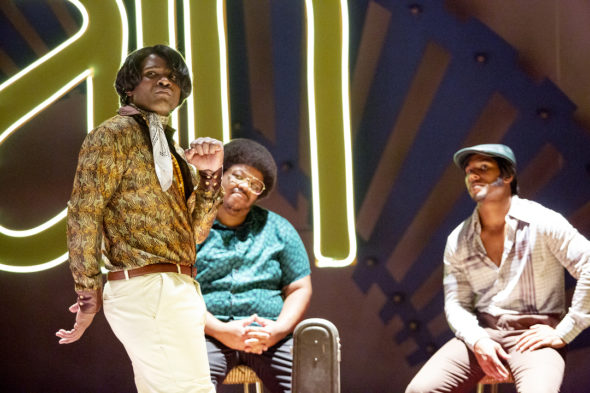 What’s next in Don Cornelius’ journey? Has the American Soul TV show been cancelled or renewed for a third season on BET? The television vulture is watching all the latest cancellation and renewal news, so this page is the place to track the status of American Soul, season three. Bookmark it, or subscribe for the latest updates. Remember, the television vulture is watching your shows. Are you?

The second season of American Soul averaged a 0.14 rating in the 18-49 demographic and 620,000 viewers. Compared to season one, that’s down by 14% in the demo and up by 6% in viewership. Find out how American Soul stacks up against other BET TV shows.

Will BET cancel or renew American Soul for season three? The cable channel doesn’t have many original scripted series and this one has done okay in the ratings so, I think it will be renewed. I’ll update this page with breaking developments. Subscribe for free alerts on American Soul cancellation or renewal news.

What do you think? Do you hope the American Soul TV show will be renewed for a third season? How would you feel if BET cancelled this TV series, instead?

Brilliant show, bring it back

American Soul is the best show I’ve seen in a very long time.. Definitely under rated

Unfortunately, it has not been officially renewed nor has a date been announced by BET.

I LOVE American Soul. I’m a 55+ year old white woman so I’m not the target demographic but I LOVE this show. I tell everyone to watch it. Brings back great memories and it’s very well written and well acted. Kinda reminds me of Mad Men as a period drama. I want MORE American Soul.

I Absolutly Love This Show You Know I Wasn’t A Fan Of This World Until I Turned 18 But It Is Really Great Seeing People Make A Great Show Too Watch It’s Like Being In The Same Room As Them Getting My Thought’s Together Everytime I Watch .

If they canceled season 3 of American soul I would definitely be disappointed and shame that I won’t wanna watch none of his shows or the tv program.

I watched every episode of season 1 and 2 on demand and immediately became addicted. I watched 5 episodes in one day. I was looking forward to the next episode, thinking it would aire on July 22 and was very disappointed that it did not come on. Don’t leave us hanging. You can at least finish the story. I haven’t watched this much TV or been this excited about a series in a long time!

I love this show so much! I look forward to Wednesday nights. I am 61 years old. This series brings back a lot of memories. It’s my feel good show. I hope it comes back for a third season!

I love this show so far and I love the Soul Train story. It’d be interesting to see more of Don Cornelius’s life as well as those of the fictional characters on the show. I hope it does get renewed for Season three.