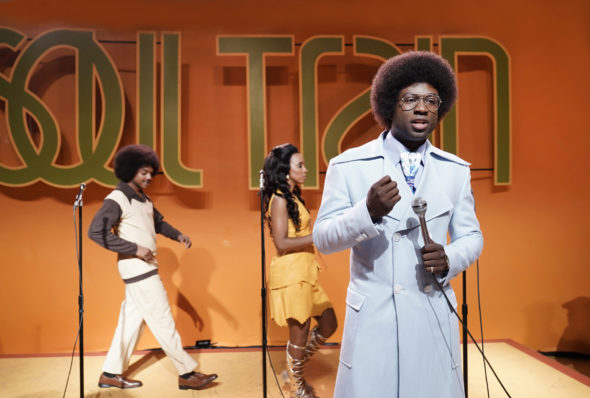 American Soul is a great Show I love it.keep it on.

Patiently Waiting on the renewed series of AMERICAN SOUL to begin. Looking for a date, wish I could play a role in it, but series 1 was awesome

American Soul is a wonderful show about a troubled, yet tenacious and imaginative American legend. This is a slice of history that is representative of so many of lives. How many Saturday mornings were spent watching cartoons, American Bandstand and Soul Train as a child? The Cornelius family story needs to be told.

I think this show deserves more credit than it gets; the same thing that happened when the actual show was on the air: Soul Train was not American Bandstand and thus did not receive the same respect. Not so at MY house! The AS cast is great, IMO. Kelly Rowland does an EXCELLENT job portraying Gladys Knight; and I am extremely biased, as I have loved Ms. Knight since the day I heard her sing “With Every Beat of My Heart” waaay back in the day! She is by far my favorite. Black entertainment has come a long way, for… Read more »

Outstanding Show, keep it on the air.