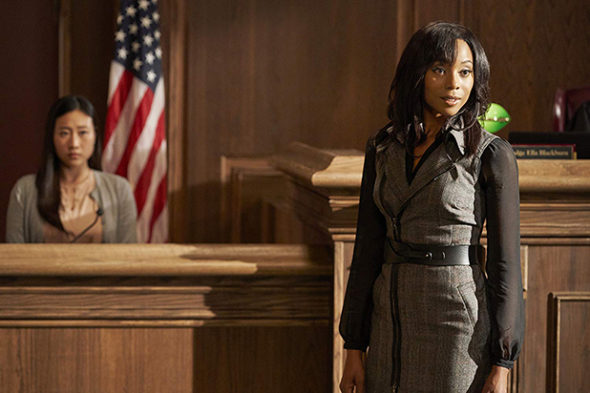 The court is adjourned for In Contempt, BET’s legal drama series. The cable channel has cancelled the TV show which starred Erica Ash so there won’t be a second season. THR was the first to report the cancellation.

BET released the following statement: “At this time, BET Networks will not be moving forward with a second season of In Contempt. We are grateful to the incredible cast and producers. We would especially like to thank and recognize the acclaimed Executive Producers Terri Kopp, who created the series, Lance Samuels and Daniel Iron. We look forward to finding ways to continue in partnership. We are also excited to continue our relationship with the star of In Contempt, Erica Ash as she is set to star along Paula Patton in the film Sacrifice premiering this fall on BET+.”

What do you think? Did you like the In Contempt TV show on BET? Should it have been cancelled? Would you have watched a second season?

I just stumbled upon “In Contempt” will flipping through my BET+ channels. I cannot not believe it was cancelled. The storyline and characters were real. Is BET against airing shows that depict African Americans as educated, intelligent and/or in control? I’m considering cancelling my membership of this channel because it appears every time I get use to an original series (Ambitions, The Quad), its cancelled. I guess if you act ignorant or ghetto, the show will remain. Really disappointed in BET for cancelling this show. Please reconsider and resurrect the show.