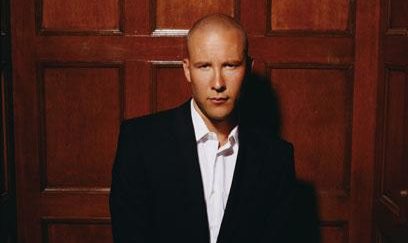 Smallville fans will not see one cast favorite reprise his role and return for the big Arrowverse event set to air later this year. Michael Rosenbaum starred as Lex Luthor for several seasons of the superhero series, but he will not bring back Lex for another spin. Tom Welling and Erica Durance are reprising their Smallville roles for the big Crisis on Infinite Earths crossover event.

Per Deadline, Rosenbaum went straight to his Twitter account on Tuesday to reveal the reasons for his not bringing Lex back for The CW event. He said the following:

“Friends, many of you have tweeted and asked me about joining the Infinite Crossover. I can’t tell you how much this means to me. I’ll just be straight up about this. WB called my agents Friday afternoon when I was in Florida visiting my grandfather in a nursing home. Their offer: no script. No idea what I’m doing. No idea when I’m shooting. Basically no money. “And the real kick in the a**, ‘We have to know now’. My simple answer was, ‘Pass’. I think you can understand why. I hope this answers all of your questions. Lovingly, Rosenbaum”

While fans will not see Rosenbaum on the Arrowverse event, they will see other familiar faces. It was previously reported that Brandon Routh will appear as Superman. He appeared in Superman Returns on the big screen. There are now reports that Lynda Carter will reprise her role of Wonder Woman for the crossover. She appears on Supergirl as the President of the United States already.

As for the crossover, it will air over five episodes starting with Supergirl on December 8 at 8pm. Three episodes of the event will air before the winter hiatus, and the final two episodes will air in January. Fans will see the entire DC Universe on CW take part in the event, including Batwoman and Black Lightning.

What do you think? Are you excited for the Arrowverse event? Are you sad you won’t see Michael Rosenbaum make an appearance?

Adding Blacklightning is great! I love his daughters and having a family and all of the natural family ups and downs infused with their super power conflicts is AWESOME!!! Would love to see Thunder mix it up with Sara from the Legends!!!

It would have been weird for him to appear with the other Smallville actors since his character was killed off. I also think anyone would have leaned toward no to the offer he described even if they were free to do it just for fun.

The only cross over aspect I’m not liking right now is the black lightning add in…they made it clear they weren’t taking part of the arrow verse so why now?!?! I’m sure there were other possibilities to throw in there! Really wish they wouldve also made the final arrownseason at least 15 episodes….10 is way too short to close with…especially since the cross over is all thrown into those 10 final episodes. It really sucks that The CW didnt think through things and have an actual plan to incorporate M. Rosenbaum’s Lex portrayal. No ideas, no time frame and no… Read more »

Good thinking. Now his is the only character that won’t die. He can come back any time.

That’s a shame. Would have loved to see him again as Lex. But money talks.

Wow what ********, he does a job he deserves to get payed. I get why he he declined but it hurts not to see him back as lex, hopefully this gets turned around last minute.