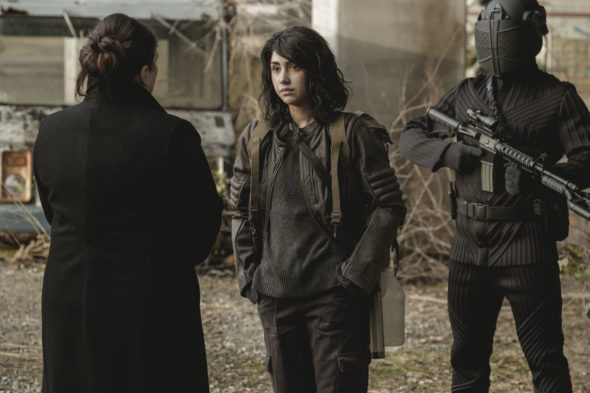 An AMC horror drama series, The Walking Dead: World Beyond is set in the universe of The Walking Dead TV series and follows the first generation raised in a surviving civilization of the post-apocalyptic world. The show stars Aliyah Royale, Alexa Mansour, Nicolas Cantu, Hal Cumpston, Nico Tortorella, Annet Mahendru, Julia Ormond, Joe Holt, Jelani Alladin, Natalie Gold, Ted Sutherland, and Pollyanna McIntosh. The story began with Iris (Royale), Hope (Mansour), Elton (Cantu), and Silas (Cumpston) — four friends who journeyed across the country on a mission that transformed everything they knew about themselves and the world. As they face off against the mysterious Civic Republic Military and fight for control of their own destiny, goals will shift, bonds will form and crumble, and innocence will be both lost and found.