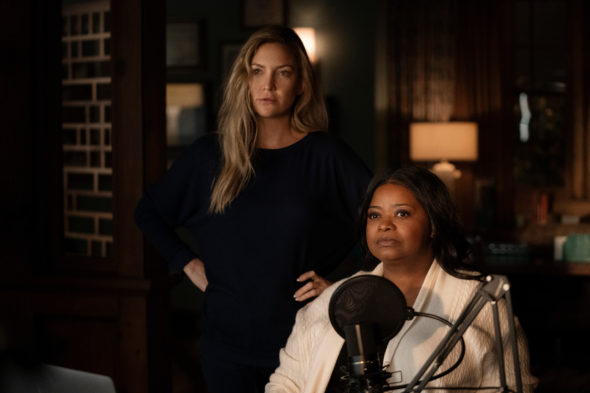 Is Poppy ready for what’s to come in the second season of the Truth Be Told TV show on Apple TV+? As we all know, the Nielsen ratings typically play a big role in determining whether a TV show like Truth Be Told is cancelled or renewed for season three. Apple TV+ and other streaming platforms, however, collect their own data. If you’ve been watching this TV series, we’d love to know how you feel about the second season episodes of Truth Be Told here.  *Status Update Below.

What do you think? Which season two episodes of the Truth Be Told TV series do you rate as wonderful, terrible, or somewhere between? Do you think that Truth Be Told on Apple TV+ should be cancelled or renewed for a third season? Don’t forget to vote, and share your thoughts, below.

Please renew! It is absolutely one of the best shows to hit any streaming service since The Morning Show which is also a great show!

One of the best shows I’ve seen on tv in years. Please renew so that watching tv can remain an experience not just a mindful exercise.

I would be very devastated to know that the show has been canceled I myself would really like to see season 3 of Truth to be told back on the Apple TV. And for no cancellations of the near future. I have cried to just about every episode. And it would be really sad to see such a good show of murder mystery crime to not be broadcasted back on for season 3. I crossed my fingers for a magnificent show that I have watched and enjoyed since I first watched it