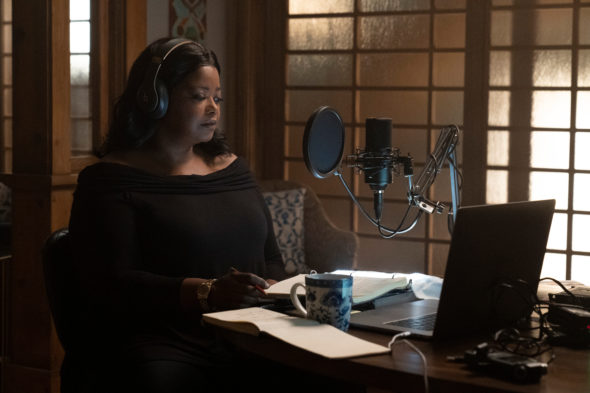 This ain’t no lie. Deadline reports Apple TV+ has renewed Truth Be Told for a second season.

Based on the novel Are You Sleeping by Kathleen Barber, the quasi-anthology series provides a glimpse into America’s obsession with true crime podcasts and challenges viewers to consider the consequences when the pursuit of justice is placed on a public stage. The cast includes Octavia Spencer, Aaron Paul, Lizzy Caplan, Elizabeth Perkins, Michael Beach, and Mekhi Phifer.

According to Deadline, Spencer will continue her role as Poppy Parnell for season two of Truth Be Told. Apple TV+ has not yet announced a premiere date for season two.

Working with Octavia Spencer has been a dream come true for me. I am honored to continue to build the character of Poppy Parnell with her, and my partners at Hello Sunshine and Chernin Entertainment. Apple continues to show their tremendous support for us and the show. I am thrilled to dive back into exploring our national obsession with true crime and how it plays out with our rich canvas of compelling characters.”

What do you think? Have you seen Truth Be Told? Will you watch season two?

I am so excited to hear that this program will be renewed. Love the show and Octavia Spencer!

I am very excited about this renewal and I hope there will be more seasons to come!!