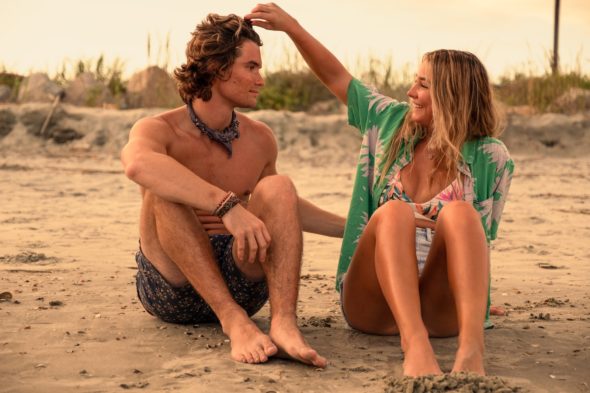 Who will end up with the treasure in the second season of the Outer Banks TV show on Netflix? As we all know, the Nielsen ratings typically play a big role in determining whether a TV show like Outer Banks is cancelled or renewed for season three. Netflix and other streaming platforms, however, collect their own data. If you’ve been watching this TV series, we’d love to know how you feel about the second season episodes of Outer Banks here.  *Status Update Below.

A Netflix action-adventure mystery series, the Outer Banks TV show was created by Josh Pate, Jonas Pate, and Shannon Burke. It stars Chase Stokes, Madelyn Cline, Madison Bailey, Jonathan Daviss, Rudy Pankow, Austin North, Charles Esten, and Drew Starkey. A coming-of-age story, the series follows a tight-knit group of working-class local teens (known as the Pogues) in the Outer Banks of North Carolina. They are often at odds with the Kooks, aka the wealthy seasonal residents. In season two, with a fortune in gold at stake and their futures on the line, the Pogues rush headlong into danger to hunt for a legendary treasure linked to the disappearance of John B.’s (Stokes) father.

What do you think? Which season two episodes of the Outer Banks TV series do you rate as wonderful, terrible, or somewhere between? Do you think that Outer Banks on Netflix should be cancelled or renewed for a third season? Don’t forget to vote, and share your thoughts, below.

*12/8/21 update: Outer Banks has been renewed for a third season on Netflix.

Starting to stretch reality. I understand it’s it’s a tv show, but seriously?????