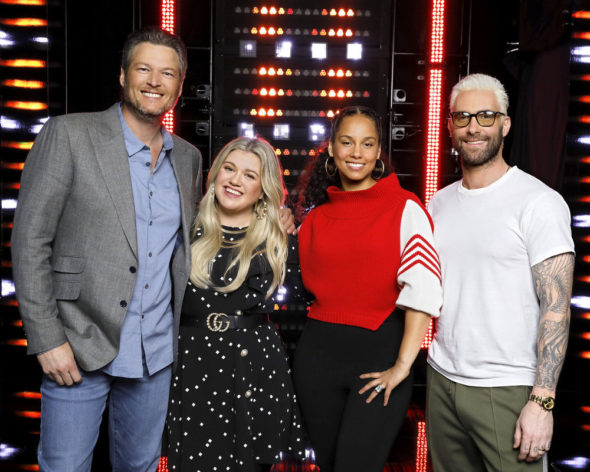 Is it time for the final refrain? Is the The Voice TV show cancelled or renewed for a 15th season on NBC? The television vulture is watching all the latest cancellation and renewal news, so this page is the place to track the status of The Voice, season 15. Bookmark it, or subscribe for the latest updates. Remember, the television vulture is watching your shows. Are you?

Even though its numbers tend to drop with each new season, The Voice remains the Peacock Network’s most popular unscripted TV series, and in the Fall of 2017, it beat out every other primetime show on NBC, except for This Is Us. Still, this series will not continue forever. With that in mind, I’ll keep an eye on the Nielsens and update this page with breaking developments. Subscribe for free alerts on The Voice cancellation or renewal news.

What do you think? Did you think NBC would cancel or renew The Voice for season 15? How long do you think this TV series will last?

I am weary of the bickering between Blake and Adam. It gets so old. NBC needs to refresh the show somehow. It should be more about the contestants and less coach self promotion.

I agree about the bickering it needs to go. And I believe that people win not because of talent but popularity. If your under thirty and pretty your a winner. Very sad that older extremely talented people rarely win.

The Voice will be renewers for another season. I received an email for auditions today. Auditions will be held in June in Atlanta, Chicago, Las Vegas, & Salt Lake City.

Nice that it’s renewed but I would like contestants individual performances be traded on a point system. This would grade them in talent a d learn from mistakes.