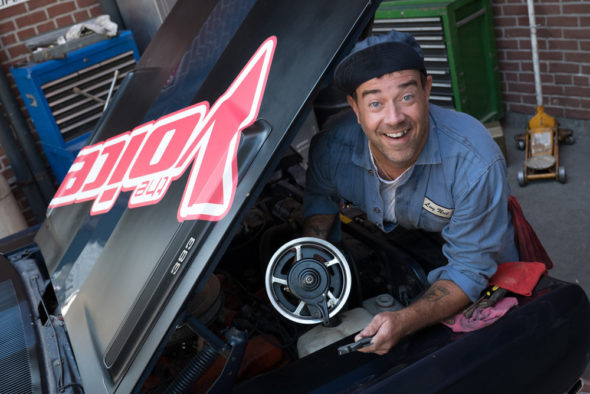 Is it swan song time? Is the The Voice TV show cancelled or renewed for a 14th season on NBC? The television vulture is watching all the latest cancellation and renewal news, so this page is the place to track the status of The Voice season 14. Bookmark it, or subscribe for the latest updates. Remember, the television vulture is watching your shows. Are you?

On Mondays, the 13th season of The Voice averaged a 2.10 rating in the 18-49 demographic and 10.15 million viewers. Compared to the Fall 2016 edition’s Monday numbers, that’s down by 17% in the demo and down by 6% in viewership. On Tuesdays, season 13 averaged a 1.99 in the demo and an average total audience of 9.99 million. Compared to last fall’s Tuesday numbers, it is down by 18% and down by 7%, respectively. Find out how The Voice stacks up against other NBC TV shows.

Even though its numbers tend to drop with each new season, The Voice remains the Peacock Network’s most popular unscripted TV series, and last season its ratings continued to beat out even those of all NBC’s scripted programming, except for the season one demo numbers for This Is Us. Since it has already been renewed for cycle 14, fans don’t have to worry about imminent cancellation. Still, this series will not continue forever. With that in mind, I’ll keep an eye on the Nielsens and update this page with breaking developments. Subscribe for free updates on any cancellation or renewal news, regarding The Voice.


What do you think? Are you glad that The Voice has been renewed for a 14th season for Spring 2018? How would you feel if NBC had cancelled this TV show, instead?

The Voice used to be my favorite show. Now it is more about the bickering between the 4 evaluaters than the singers. Kelly Clarkson is likeable but so loud’even when singers are performing…so rude. If I were singing, I think I would stop singing until they were done screaming over each other. Clarkson screams & talks to them while they are still performing. Emphasis should be on singers…that’s what show was about when it was most popular. Elisha has so much more class…I’LL bet she won’t come back…must be embarassing for her to be on the ‘Gary Springer’ show!

This video is from the British version of The Voice and I thought that girl sang very good. Enjoy. https://www.youtube.com/watch?v=7WyRvKp-cbA

I really hope they bring Miley back, she is a main reason I watch. She is so dedicated to her team. I just love her an her enthusiasm

This show stinks. Its past its prime. Time to retire it and the stars who you cast to run it. Its nothing with Christina.

Cancel the stupid thing already. It has no purpose to even exist.

this show should be renewed . it is a very positive , supportive place for talented people to get an opportunity for a career break. i stopped watching american idol because simon cowell was so rude. this show is fun, judges are kind and encouraging. love it.

Season 14, welcomed! Happy to hear it!