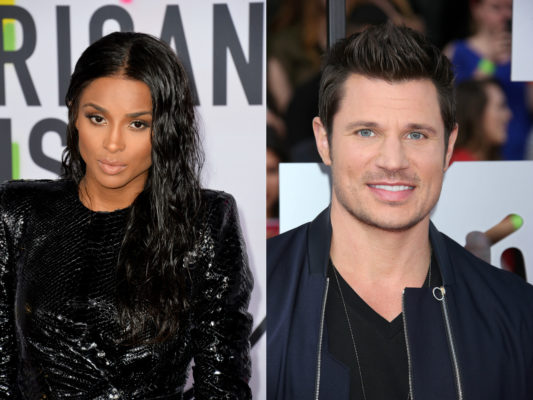 What’s in store for America’s Most Musical Family? Nickelodeon just announced the line-up for their upcoming TV show.

The music competition series “features a wide variety of talented and diverse families of two or more relatives who perform together, ranging from a father/daughter duo, sibling groups and a 12-member multigenerational brass ensemble.” Nick Lachey, Ciara, David Dobrik, and Debbie Gibson serve as judges.

America’s Most Musical Family is slated to debut on Nickelodeon this fall.

America’s Most Musical Family was first announced in February as part of Nickelodeon’s biggest, most wide-ranging content slate ever. The 12-episode series begins production this week in Los Angeles and is scheduled to premiere later this fall.

“We are thrilled to welcome Nick Lachey and our incredibly talented judges – Ciara, David Dobrik and Debbie Gibson – to Nickelodeon. Nick continues to wow crowds performing alongside his brother Drew in 98�; Debbie remains the record-holder as the youngest female artist to write, produce and perform a number-one hit; David’s razor-sharp wit and expertise in the digital world will help families build their brand; and Ciara leads her own family in the spotlight as she continues her chart-topping career as a true triple threat. But ultimately, this competition for all ages is about celebrating exceptionally talented families. We’re in for a spectacular show,” said Rob Bagshaw, Executive Vice President of Unscripted Content.

America’s Most Musical Family is a one-of-a-kind music competition series that features a wide variety of talented and diverse families of two or more relatives who perform together, ranging from a father/daughter duo, sibling groups and a 12-member multigenerational brass ensemble. Over the course of 12 hour-long episodes and one half-hour special, 30 of America’s most musical families will battle it out on stage for the chance to win a $250,000 cash prize and a recording contract with Republic Records.

What do you think? Is your family into music? Will you watch America’s Most Musical Family?