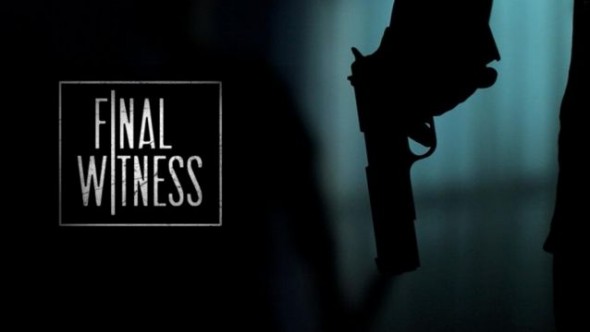 Last summer, ABC aired Final Witness on Wednesday nights. Hybrids of documentary and drama, episodes examine shocking murder cases from start to finish and are told in part from the point-of-view of the victim. Will the show be returning for a second season? Has it been cancelled?

Unfortunately for fans of Final Witness, the series won’t be back — at least anytime soon. The network has released their programming plans for this summer and Final Witness isn’t a part of them. The same can be said for the regular 2013-14 season.

From the start, ABC called the show a “limited series.” Had it been a rating success, the network surely would have brought it back for another round of episodes but, it didn’t perform very well. The seven episodes averaged a meager 0.9 rating in the 18-49 demographic with just 3.86 million total viewers.

The last episode, which aired on August 8, 2012, followed the case of female Russian doctor and mom who disappeared from her home in Oakland, California.

While ABC could resurrect Final Witness for another season at some point in the future, it doesn’t look very likely.

What do you think? Did you like this show? Is it different from the other true-crime series? Are you sorry that there’s not a second season?

Awesom AWESOME show, please please bring it back. Me and my family loved it

I don’t have cable or a dish. I LOVED Final Witness. It was the closest show to Dominick Dunne’s Power Privilege and Justice on a regular TV station. I am disappointment it won’t be around for another season. It was a very nicely done true crime series.

Darn I was hoping they’d bring back Final Witness. I loved this show and didn’t miss a single episode. Sad, sad, sad.

Love this show kept checking to see when it was coming back so disappointed, hope the powers that be change their minds and bring it back.

Me and my daughters loved this show bring it back

This is really disappointing that as of now there won’t be another season, I was really looking forward to it. The sh

Show hasn’t come on yet so I figured I would look it up & then I came across this! It’s really to bad, hopefully it comes back on soon!

Please bring back that show. It was a very good show and deserves another chance. Much better show than some of the other crap they put on TV. My wife and I both liked it alot.

Final Witness was a phenomenol show!!! I looked forward to it every Wednesday night. My girlfriend and I would discuss the night’s episode the following day while we worked out.

Please do all the fans a favor and reconsider resurrecting the show!

I really liked it, too

I LOVED that show!!!! I have been watching for it to come back on all year! VERY disappointed it’s not coming back for another season. Please bring it back!

I loved this Show,What can fans do to bring it back.

I loved the show…please bring it back!!!!

It was a great show

Can’t say I even remember hearing about or watching the show last year.