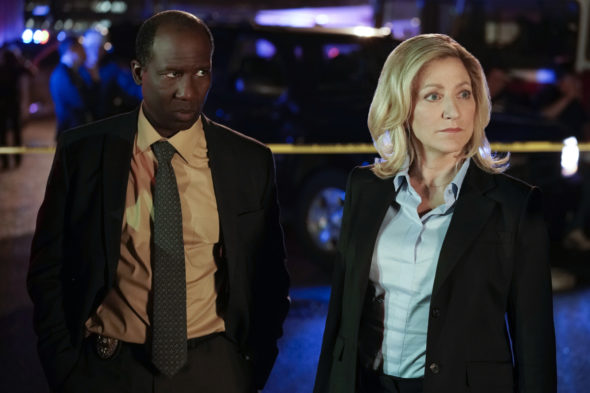 Why did CBS just cancel most of their new TV shows? Recently, network boss Kelly Kahl spoke with Deadline about the decision to cancel Broke, Carol’s Second Act, Tommy, and God Friended Me.

With the exception of God Friended Me, which wrapped its second season this spring, all the shows cancelled debuted during the 2019-20 season. CBS also cancelled Man with a Plan, which is currently airing its fourth season.

Speaking to Deadline, Kahl revealed it was a “tough” decision to cancel Broke, God Friended Me, Carol’s Second Act, and Tommy:

At the end of the day they weren’t doing the numbers we were hoping for, and despite liking them creatively, knowing timely decisions were upon us, we had to make tough calls to move on from those shows. You want to keep them all for another season; that’s what makes these calls tough. You invest a lot of time and effort and people put a lot of blood, sweat and tears into these shows, and when you have to say goodbye. It’s a tough call.”

What do you think? Did you watch any of CBS’ cancelled series? Would you have watched another season?

This is why Network TV is failing. They cancel good shows and keep crappy shows like mom. Why watch something that will be canceled? That’s are good shows but doesn’t matter to these TV executives. All they care is advertising! Wake up!

We really liked God friended me and Tommy. Gotta love corporations that are so tunnel visioned on only the monies side of things. That’s ok, we dont need this network. We will stay off these affiliate stations. Gosh

Man with a plan is a great show , this is y I will never watch another tv series again, always cancel the good ones . I finally had enough. Project Blue Book and now man with a plan . But keep Survivor and Amazing race , MacGyver.. I know Blue Book is on History, but it never fails . SMH

I enjoyed Tommy wish you would not cancel it.

Do you not think about the time we invest in watching new shows? This was a season that never had a chance to get off the ground. You had it all ready with sets,actors, writers and a begining audience for the next season. You blew it.You no longer know your audience. Older people watch TV. We like to laugh and look forward to the next weeks show. I may?not watch next to see what else stupidity you’re going to try to sell. The other shows would have grown but now you’ll never know.

The ratings system is broken! It doesn’t effectively measure who is watching these shows. Just look at the comments being posted everywhere…

My family gathered every Sunday to watch God friended me as a family so this show will be missed rd. I enjoyed Tommy but the others we don’t watch.

I would definitely have watched another season of God befriended me

Loved the ” God friended me” series
Thought it was excellent entertainment

Hate that Tommy was cancelled, CBS never gave it a chance. Was just hitting its stride and was refreshing to have a show with a strong female lead character. Bye bye CBS

I watched God friended me every Sunday and I am very upset that it got cancelled, it was a clean and wholesome show.

Please renew Tommy! It’s a great show. The only show that I faithfully watched even if it had to be on demand.

Loved watching God friended me .Was one of the best shows on this and last season So sorry it was cancelled!! Hoping someone else would pick it up!!

I am so disappointed! I loved this show, with it’s various viewpoints and best of all, the racial and religious viewpoint mix! I know several people who loved this as much as I did, and then what did you do? You left us hanging, with Miles on the mountain! Please bring it back!