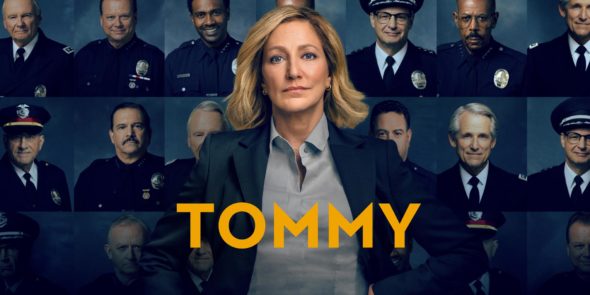 Edie Falco is no stranger to television having starred on long-running shows like The Sopranos (HBO) and Nurse Jackie (Showtime). How will her new CBS series perform in the ratings? Will Tommy be cancelled or renewed for season two? Stay tuned. *Status update below.

5/8 update: You can see the latet night’s ratings in context.

What do you think? Do you like the Tommy TV series on CBS? Should it be cancelled or renewed for a second season?

Tommy was the best show on TV! It is ridiculous that this is cancelled! I guess because it is not Tom Selick!