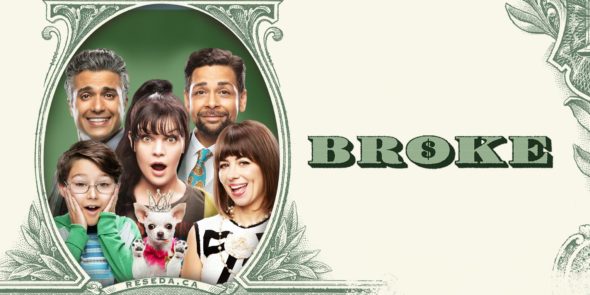 Actress Pauley Perrette enjoyed a 15 season run on CBS’ extremely successful NCIS series. Now, she has a new series called Broke. Will viewers accept her in this new comedy role and bring big ratings? Will Broke be cancelled or renewed for season two? Stay tuned. *Status update below.

6/26 update: You can see the latest night’s ratings in context.

What do you think? Do you like the Broke TV series on CBS? Should it be cancelled or renewed for a second season?

I love this show, I tell so many people about it, we really need these nice shows!

I love this show also, and have told many people about it. Oh my gosh, we need shows like this!

Please bring Broke back for another season

I love this show!
Please bring it back!

Looking foward to Season 2 of Broke. Loved this show. I have watched season 1 twice.

We are so disappointed Broke has been canceled. Our entire family enjoyed watching it. Lots of laughs, great characters & a wonderful family show.