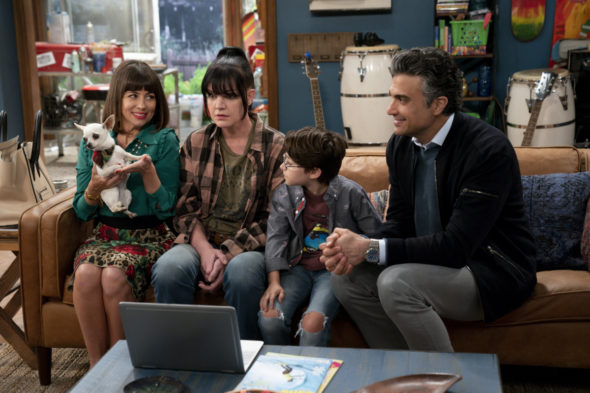 Is this home big enough in the first season of the Broke TV show on CBS? As we all know, the Nielsen ratings typically play a big role in determining whether a TV show like Broke is cancelled or renewed for season two. Unfortunately, most of us do not live in Nielsen households. Because many viewers feel frustration when their viewing habits and opinions aren’t considered, we invite you to rate all of the first season episodes of Broke here. *Status update below.

What do you think? Which season one episodes of the Broke TV series do you rate as wonderful, terrible, or somewhere between? Do you think that Broke should be cancelled or renewed for a second season on CBS? Don’t forget to vote, and share your thoughts, below.

One of my favorite shows…I wish it would continue being on the air!

Everytime a good new show comes on. It gets canceled. Leave broke on.

I can’t believe Broke was cancelled. My family and friends all loved this show. Please change your mind. Plus, we want to see who plays the rich father that stepped out of the helicopter on the last show.

We really enjoy watching Broke. Each week the story line gets better. Please do not cancel it. It’s a good family t v show a d full ny

Ok, so ‘Broke’ is not really cancelled as of yet. Please Do NOT Cancel ‘Broke’. It is a good show and it has good family messages in it. Give this TV show a New Second Season and please keep it going! The whole cast works great together! My wife and I love all of the characters. Thanks you for Keeping ‘Broke’ on the air. ~ Peace, Marc

Dear CBS….This is a funny show and well written! Keep this show on! DO NOT CANCEL PLEASE!!!! We love the back and forth with all of the cast members. All of the cast are fantastic!!!! Once more…Please Do Not Cancel this Show! Give it a second and third and more seasons to come! Thanks! ~ Peace, Marc

Really??? Finally a funny show and it’s cancelled. CBS get with it