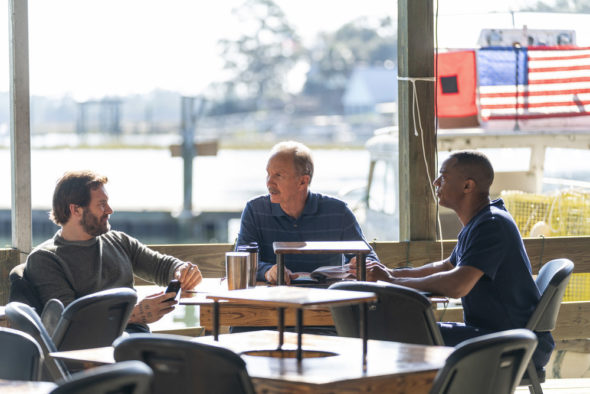 The dads aren’t coming back for a second season. Co-star J. August Richards has revealed that the NBC family drama series, Council of Dads, has been cancelled a week ahead of its season (now series) finale.

Airing on Thursday nights, the drama series begins as Scott Perry (Tom Everett Scott), a loving father of five, has his entire life’s plan thrown into upheaval by an unexpected health scare. After being diagnosed with cancer, he and his wife call on a few of their most trusted friends to step in as back-up dads to help guide and support his growing family – just in case Scott can’t be there to do it himself. The NBC show also stars Richards, Sarah Wayne Callies, Clive Standen, Blue Chapman, Emjay Anthony, Michele Weaver, Thalia Tran, Steven Silver, Kevin Daniels, and Michael O’Neill.

The first season of Council of Dads averages a meager 0.40 rating in the 18-49 demographic with just 2.82 million viewers in the Live+same day ratings.

The family drama series is one of the peacock network’s lowest-rated scripted series of the season. Other first-year NBC shows that have also been cancelled this season include Lincoln Rhyme: Hunt for the Bone Collector, Perfect Harmony, Indebted, Bluff City Law, and Sunnyside.

As mentioned, Richards broke the news of the cancellation, via an emotional Instagram post. Callies and Daniels also posted their own messages.

What do you think? Have you seen the Council of Dads TV show? Would you have watched a second season of this NBC series?

Yes I would have watched it! I enjoyed it a lot!!