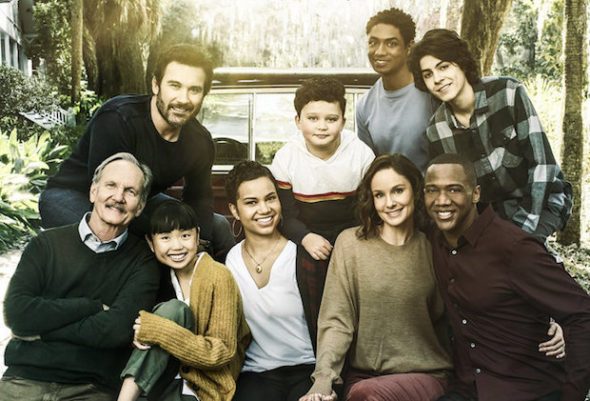 Council of Dads is making a move before the series even premieres. The series was set to take on a Tuesday time slot, but it is not going to happen now. The series will still premiere in Match following the This Is Us season finale, but it will air on Thursday nights when it returns in April.

A press release from NBC revealed the following about the new drama:

“Family takes on a different meaning in Council of Dads when Scott Perry, a loving father of five, has his entire life’s plan thrown into upheaval by an unexpected health scare. He calls on a few of his most trusted friends to step in as back-up dads to help guide and support his growing family – just in case he ever can’t be there to do it himself. There’s Anthony, Scott’s oldest and most loyal friend; Larry, his tough-love AA sponsee; and Oliver, his dedicated doctor and wife’s dearest friend. Together, they discover that there’s more to being a father than anyone could do alone – and more to being a family than they ever thought possible.”

Council of Dads will premiere on March 24 and return on April 30 in the 8pm time slot.

Best series on TV!!! It needs to be advertised more!! We all love it. Much better writing and acting than This Is Us.

This looks like it will be the perfect replacement for”This Is Us”. Absolutely enjoyed the premiere in March.

The preview presents such a realism of today’s world. The love it portrays is so palpable. Even throughout the short preview, you can see the high level of fondness, love and care they share for each other through their expressions. It does not appear to be acting, but appears to be real life.
I am so excited to see the premiere and the following seasons to come!!!!
The quality of the show’s production appears to be exceptional.
We need more shows like this!!!!!!!!

Yes, I definitely plan to watch this new show. I like the fact that the storyline sounds very interesting and not just a silly sitcom. The cast looks great and looking forward to seeing all of them perform. Excited also to see Blue Chapman as I know his grandparents and his parents who are all lovely people!

Definitely plan to watch this new show. It really sounds interesting. I like the idea of the storyline. And the cast looks great.

Absolutely Council of Dads sounds like an intriguing endeavor.And what a cast. Can’t help but be drawn to this new drama.