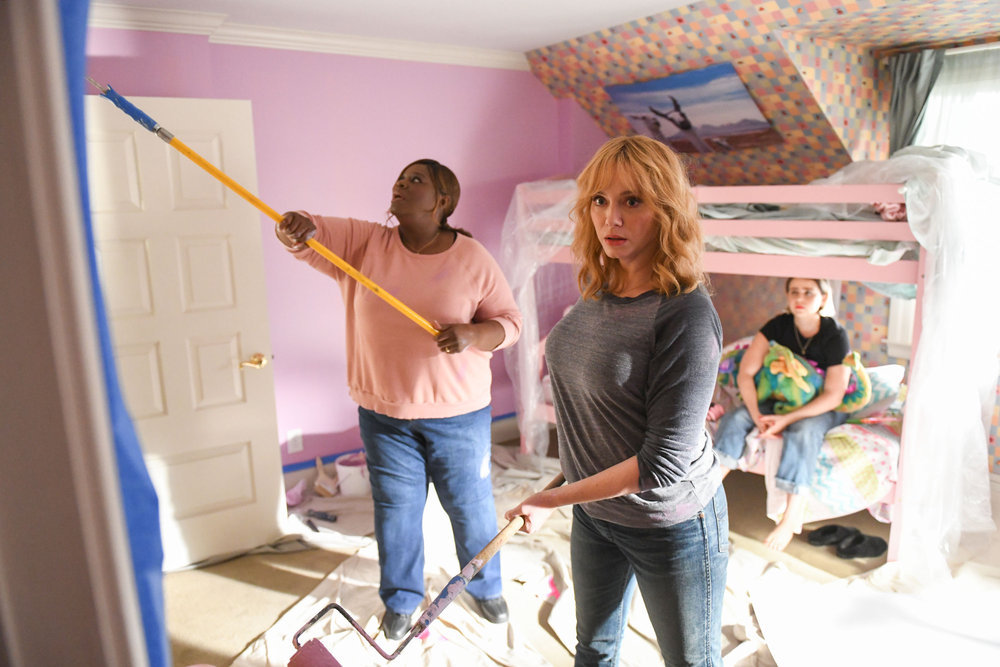 Have the moms gone too far in the third season of the Good Girls TV show on NBC? As we all know, the Nielsen ratings typically play a big role in determining whether a TV show like Good Girls is cancelled or renewed for season four. Unfortunately, most of us do not live in Nielsen households. Because many viewers feel frustration when their viewing habits and opinions aren’t considered, we invite you to rate all of the third season episodes of Good Girls here. *Status update below.

An NBC dark comedy-drama, Good Girls stars Christina Hendricks, Retta, Mae Whitman, Reno Wilson, Manny Montana, Lidya Jewett, Isaiah Stannard, and Matthew Lillard. The TV series centers on three suburban moms who’ve struggled to get by. They hold up the local Fine & Frugal supermarket, but their take far exceeds their expectations and find themselves in deep trouble with the local crime boss. In season three, the ladies each take on seemingly innocent jobs but each has a special purpose to aid them in their new criminal enterprise.

What do you think? Which season three episodes of the Good Girls TV series do you rate as wonderful, terrible, or somewhere between? Do you think that Good Girls should be cancelled or renewed for a fourth season on NBC? Don’t forget to vote, and share your thoughts, below.

I started watching this show last year late to the party lol. I love it!! Everyone on the show is a great character. Please so not cancel this show. Always look forward to seeing it on Sundays.

GOOD GIRLS is fantastic, great writing, music background music when something is going DOWN..all 3 female actresses are spot own with their expressions,humorous moments but still gritty and you just have to love this show like YOU which is now on Netflix. Waiting for Animal Kingdom which is another winner thanks to Ellen Barkin as THE BOSS where a woman still rocks with her deadpan looks when she speaks. New Amsterdam is a great hospital show now with a great cast.

Good Girls is one of the best shows on television and we wait all week to watch the next episode. What a cliff-hanger every time and I hope Raos didn’t kill that young girl or Beth cannot never see him the same say again. Each women is unique in their own way and bring so much to the story. Love that their husbands understand them – that’s love. Great and original. Love that we can never anticipate what’s coming next. Top of our list to watch.

I absolutely love Good Girls and I’m hoping it gets renewed for a 4th season! The corona virus is unexpected, so the shut down of production doesn’t help things but the fans are still watching and waiting! We’re not going anywhere. #renewgoodgirls

Please do not cancel Good Girls! I love this show.

This is the only show that I watch on TV. Love it!! Please don’t cancel it!!

Love this show…the Beth and Rio chemistry is amazing ….every moms fantasy lol ❤

LOOOOVEEE this show . It’s definitely in the all time favorites library !!! ❤️

LOVE THIS SHOW!! I look forward to this every week! Plus the chemistry between Rio & Beth is undeniably there! It keeps me wanting more!!

I cannot say enough how much I can truly relate to these ladies . Plus the Rio and Beth chemistry is STILL gonna be there. Omgerd !!! Please do not cancel I look so forward to this amazing show with amazing actors !!!

I absolutely love this show. I’ve watched it from the very beginning and each episode just gets better and better love it and all the actors awesome cast. I’m always excited to see each new episode. Please never cancel this show. Thank you

I love the show!!!!! I have watch every episode but not on NBC except season 3! Please do not cancel this amazing show I love the strong yet bad woman that star in Good Girls! I don’t watch much TV anymore (3kids) but I make sure I watch this one no matter what!!! DO NOT CANCEL!!

I love good girls I look forward to it every week! I have watched the taped season 1 and 2 three times. Please do not cancel this . Cancel NCIS I am so sick of all the same old things , I am ready to get rid of cable but this show has me waiting. And don’t get me on Chicago fire and pd oh my gosh what whiny people, give me a break. Get rid of things that are of the reality version. I know it’s cheaper but come on.

Lol I’ve watched season 1 and 2 twice as well just started watching season 3 and it’s just as good and better as seasons 1 and 2!