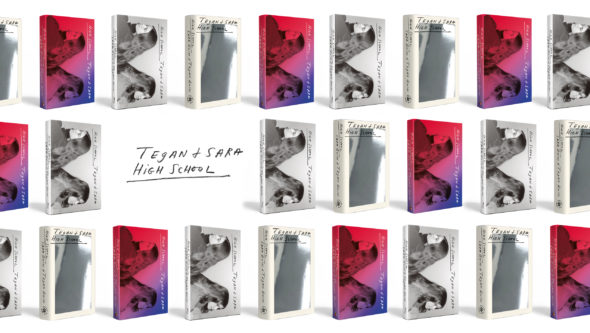 High School is coming to IMDb TV and the streaming service has announced casting for the comedy series which is based on the memoir by twins Tegan and Sara Quin. Newcomers Railey and Seazynn Gilliland, known for their work on Tik Tok, have been cast as high school versions of the twin sisters. Cobie Smulders and Kyle Bornheimer have also been cast in the series, as the twin’s parents.

Production starts on the series today.

On Monday, we’ll be starting production for our series High School with @IMDbTV & we’re SO excited to have Railey, Seazynn, @CobieSmulders, & Kyle Bornheimer as a part of it all. pic.twitter.com/mcggCKDhIH

For those asking yes our mom and stepdad are very excited these phenomenally talented Baes are playing them on our tv show High School. And so are we. And Yes I’m gonna talk about this all day long get ready. @CobieSmulders @KyleBornheimer pic.twitter.com/lcMpwXYPgy

IMDb TV revealed the following about the series:

Railey Gilliland will portray Tegan, a gregarious, confident, and extroverted teenager, who turns to music to explore her vulnerabilities. Seazynn Gilliland will portray Sara, a reserved, observant, and sensitive 15-year-old who, for the first time, starts to access her own self-confidence through playing music. Cobie Smulders will portray Simone, Tegan and Sara’s funny, sharp, and supportive mother, who strives to define herself outside of her family, and Kyle Bornheimer will portray Patrick, Simone’s boyfriend and Tegan and Sara’s pseudo-stepdad, who is a gentle everyman.

“It felt kismet when I saw Railey and Seazynn for the first time on TikTok,” said Tegan Quin. “There was something undeniably intriguing about them: They were sweet and original, impossible not to watch. I felt compelled to send Sara the video. ‘Too bad they don’t act,’ I texted her. Sara wasn’t deterred. They were performers, musical and dynamic. ‘You can’t teach charisma,’ Sara said, which they had in spades. Sara was relentless – these were the twins that had to play us. We were overjoyed when they were cast, and we couldn’t be more thrilled that it all worked out.”

Produced by Amazon Studios and Emmy and Academy Award-winning Plan B Entertainment, High School is a story about finding your own identity – a journey made even more complicated when you have a twin whose own struggle and self-discovery so closely mimics your own. Told through a backdrop of ’90s grunge and rave culture, the series weaves between parallel and discordant memories of twin sisters growing up down the hall from one another.

What do you think? Are you excited to see High School on IMDb TV when it eventually debuts?