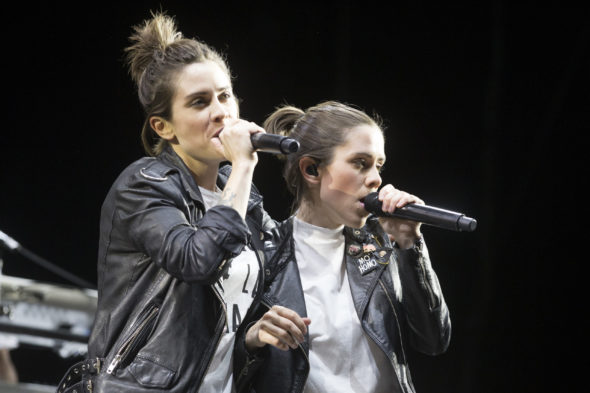 High School is headed to IMDb TV. The new comedy series is based on the memoir by musical duo Tegan and Sara and tells the story of the twins growing up in the 1990s while establishing their own identities. A premiere date has not yet been set.

Produced by Amazon Studios and Emmy and Academy Award-winning Plan B Entertainment, High School is a story about finding your own identity – a journey made even more complicated when you have a twin whose own struggle and self-discovery so closely mimics your own. Told through a backdrop of 90s grunge and rave culture, the series weaves between parallel and discordant memories of twin sisters growing up down the hall from one another.

“We are incredibly excited to be working with Lauren, Ryan, and the fantastic IMDb TV team to bring High School to life and apologize in advance to our mother for forcing her to relive this period of time with us again,” said executive producers Tegan and Sara Quin. “We’ve made casting suggestions on her behalf to the incomparable Clea DuVall and our wonderful partners at Plan B.”

“I am grateful to Plan B, Amazon Studios and IMDb TV for their partnership in bringing Tegan and Sara’s beautiful and complex memoir to life,” said executive producer Clea DuVall.

“Tegan and Sara’s honest, vulnerable, and deeply engaging memoir has captivated readers and we look forward to their authentic voice and Clea’s unique perspective being brought to life in this adaptation,” said Lauren Anderson and Ryan Pirozzi, co-heads of content and programming at IMDb TV. “We are thrilled to partner with Plan B Entertainment, Tegan and Sara and Clea DuVall on this nostalgic, coming-of-age series, which furthers our commitment to high-quality, compelling storytelling that resonates with IMDb TV viewers.”

Tegan and Sara Quin and Clea DuVall will serve as executive producers alongside Plan B Entertainment. DuVall will also write and direct multiple episodes, including the pilot. DuVall recently directed and co-wrote the holiday comedy, Happiest Season on Hulu. She co-created, executive produces and voices the character of Elsa in Fox’s new comedy series, Housebroken. She is known for her on-camera roles in The Handmaid’s Tale, Veep, Argo, and numerous other movies and TV series.”

What do you think? Do you plan to watch High School on IMDb TV when it eventually premieres?