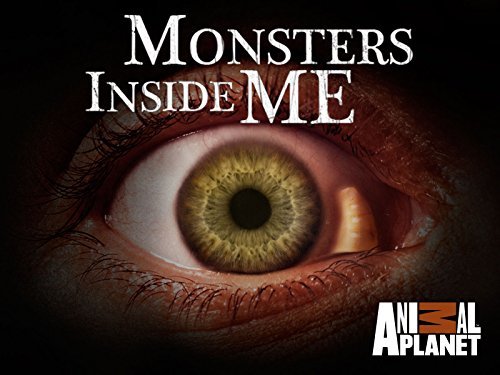 The monsters are back just in time for Halloween. Recently, Animal Planet announced season eight of Monsters Inside Me will premiere in October.

Hosted by biologist Dan Riskin, the docuseries “provides scientific perspective on the cringe-worthy creatures making their homes within the hidden crevices of our bodies.”

The new season of Monsters Inside Me premieres on Animal Planet on October 15th at 9 p.m. ET/PT.

Not all monsters lurk in the shadows. Some of the most horrifying and destructive monsters are microscopic in size and breach our immune systems to wreak havoc on our bodies. Host and biologist Dan Riskin provides scientific perspective on the cringe-worthy creatures making their homes within the hidden crevices of our bodies as MONSTERS INSIDE ME returns for an all-new season Sunday, October 15th at 9PM.

Season eight reveals some never before seen invaders causing the most gruesome cases yet with victims of deadly attackers such as parasites, viruses, bacteria, foreign objects and fungi. This season, MONSTERS INSIDE ME investigates mystifying medical cases including; a young girl with stabbing pains in her scalp infested with flesh-eating parasites, a young boy with a mysterious infection who becomes plagued with the sensation that something is alive inside his head, and a woman with a mysterious Teratoma filled with teeth and hair. Watch as doctors race the clock to diagnose and treat these debilitating and sometimes life-threatening illnesses before it’s too late.

What do you think? Have you seen Monsters Inside Me? Will you watch the new season?