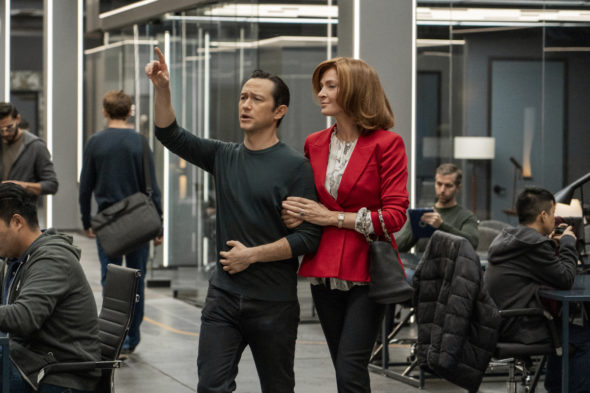 Will the first season of the Super Pumped TV show on Showtime change how customers see Uber? As we all know, the Nielsen ratings typically play a big role in determining whether a TV show like Super Pumped is cancelled or renewed for season two. Unfortunately, most of us do not live in Nielsen households. Because many viewers feel frustrated when their viewing habits and opinions aren’t considered, we invite you to rate all of the first season episodes of Super Pumped here.

A Showtime anthology drama series, the Super Pumped TV show was created by Brian Koppelman and David Levien. Each season features a new cast and focuses on a different business that has made a big impact on an industry and our culture as a whole. The first season stars Joseph Gordon-Levitt, Kyle Chandler, Kerry Bishé, Babak Tafti, Jon Bass, Elisabeth Shue, Hank Azaria, Uma Thurman, and Quentin Tarantino (narrator), Subtitled The Battle for Uber, the season tells the story of one of Silicon Valley’s most successful and most destructive unicorns, Uber. The season pivots on Travis Kalanick (Gordon-Levitt) — Uber’s hard-charging CEO who was ultimately ousted in a boardroom coup — and his sometimes tumultuous relationship with his mentor, Bill Gurley (Chandler). Co-founder of The Huffington Post, Arianna Huffington (Thurman) is a savvy businesswoman who was also an Uber board member.

What do you think? Which season one episodes of the Super Pumped TV series do you rate as wonderful, terrible, or somewhere between? Are you glad that Super Pumped has been renewed for a second season on Showtime? Don’t forget to vote, and share your thoughts, below.