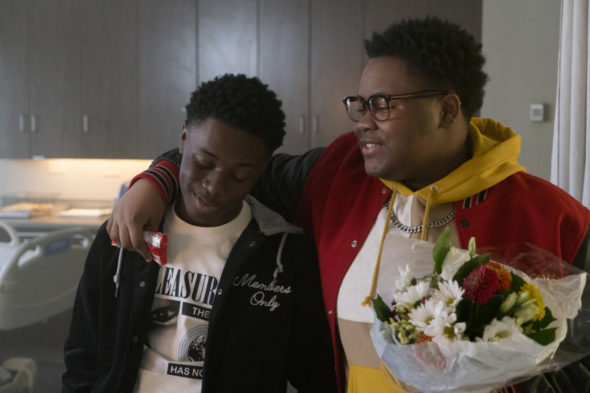 How will the neighborhood change in the fourth season of The Chi TV show on Showtime? As we all know, the Nielsen ratings typically play a big role in determining whether a TV show like The Chi is cancelled or renewed for season five. Unfortunately, most of us do not live in Nielsen households. Because many viewers feel frustrated when their viewing habits and opinions aren’t considered, we invite you to rate all of the fourth season episodes of The Chi here.  *Status Update Below.

A Showtime drama series from Lena Waithe, The Chi stars Jacob Latimore, Alex Hibbert, Yolonda Ross, Shamon Brown Jr., Michael V. Epps, Birgundi Baker, Luke James, and Curtiss Cook. Guests include Kandi Burruss, La La Anthony, Tabitha Brown, and Jason Weaver. The story is a timely coming-of-age story centering on a group of residents on the South Side of Chicago who become linked by coincidence but bonded by the need for connection and redemption.

What do you think? Which season four episodes of The Chi TV series do you rate as wonderful, terrible, or somewhere between? Do you think that The Chi should be cancelled or renewed for a fifth season on Showtime? Don’t forget to vote, and share your thoughts, below.

*8/3/21 update: The Chi has been renewed for a fifth season on Showtime.

It crazy how watching a show makes you feel like the characters are your friends or family In reality, but thats what makes a show the one to watch. The chi does it to me every week. I love this show and this is one that needs to stay on.

I’m praying and hoping a 5th season for The Chi it is a very good show.

I love The Chi me and my daughter look forward to it every Sunday. We are praying that it is renewed for another season.

Please bring the Chi back. Love the real ness and case. Great show. I guess I will start over again. Please come back !

I absolutely LOVE LOVE LOVE The Chi! One of the best television shows on television. Well done! I hope there will be many more seasons to come.

The Chi is my favorite show. If it’s cancelled I won’t have a great series to watch once a week and will just cancel my subscription to Showtime.

I absolutely Love the Chi. Every episode has me on the edge of my seat. The characters are real and so are the situations. I can’t wait until the next episode.

I absolutely love the Chi . The actors are great and it is so Chicago. My favorite show. Common you have a winner here. Love those kids.