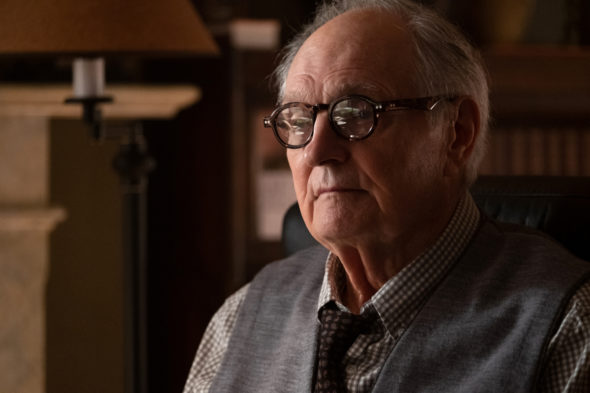 Could therapy be the end of Ray in the seventh season of the Ray Donovan TV show on Showtime? As we all know, the Nielsen ratings typically play a big role in determining whether a TV show like Ray Donovan is cancelled or renewed for season eight. Unfortunately, most of us do not live in Nielsen households. Because many viewers feel frustration when their viewing habits and opinions aren’t considered, we invite you to rate all of the seventh season episodes of Ray Donovan here. *Status update below.

A Showtime crime drama, Ray Donovan stars Liev Schreiber, Alan Alda, Zach Grenier, Jon Voight, Dash Mihok, Eddie Marsan, Pooch Hall, Kerris Dorsey, and Graham Rogers. The series centers on professional fixer Ray Donovan (Schreiber), who’s working to be the man his family needs him to be. While he makes progress with Dr. Amiot (Alda), there are dangers from the past that require the Ray Donovan of old. Between NYC mayor Ed Feratti (Grenier), an unrelenting NYPD officer hunting for the truth and clients old and new, Ray struggles to find the balance between fixing for clients and fixing himself. And when Feratti’s corruption brings a piece of Mickey’s past (Voight) back to New York, Ray is forced to seek answers to long-buried questions. .

What do you think? Which season seven episodes of the Ray Donovan TV series do you rate as wonderful, terrible, or somewhere between? Do you think that Ray Donovan on Showtime should be cancelled or renewed for an eighth season? Don’t forget to vote, and share your thoughts, below.

*2/4/20 update: Showtime has cancelled Ray Donovan so there won’t be an eighth season.

We need season 8 of Ray Donovan. The tragedy and family dynamics of the show are quite gangster and captivating and viewers deserve a conclusion even if it is a shortened season. The pace and persistent Mickey screw ups needs a finally. I can’t imagine any family being able to sustain the barrage of unfortunate turn of events indefinitely but it warrants seeing how this family fairs in the end!

Ray Donovan is the absolute B E S T series I’ve ever watched. In fact, I subscribe to showtime for this show alone. I implore you to reconsider and keep it on the air for another season (8).