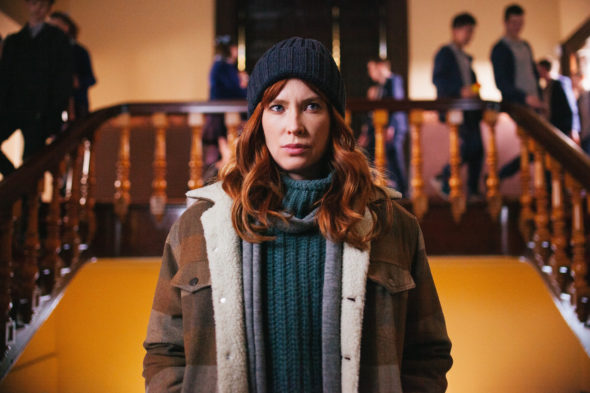 Will Molly and Alex uncover the truth in the first season of The Gloaming TV show on Starz? As we all know, the Nielsen ratings typically play a big role in determining whether a TV show like The Gloaming is cancelled or renewed for season two. Unfortunately, most of us do not live in Nielsen households. Because many viewers feel frustrated when their viewing habits and opinions aren’t considered, we invite you to rate all of the first season episodes of The Gloaming here.

An Australian drama series that airs on Starz in the United States, The Gloaming TV series is set in Tasmania and stars Emma Booth, Ewen Leslie, Martin Henderson, Aaron Pedersen, Rena Owen, Josephine Blazier, and Matt Testro. When a woman is found brutally killed, the clues surrounding her death connect to murders both past and present. Political corruption and shady business dealings are soon entwined with sinister crimes and occult practices. At the center of this web are two detectives, Molly McGee (Booth) and Alex O’Connell (Leslie) who share a tragic past. In a harrowing journey to find the truth, their fate is coerced by the ghosts of the unsettled dead that linger in the liminal space between life and death – known as “The Gloaming”.

What do you think? Which season one episodes of The Gloaming TV series do you rate as wonderful, terrible, or somewhere between? Do you think that The Gloaming should be cancelled or renewed for a second season? Don’t forget to vote, and share your thoughts, below.

It definitely needs to be renewed!!!