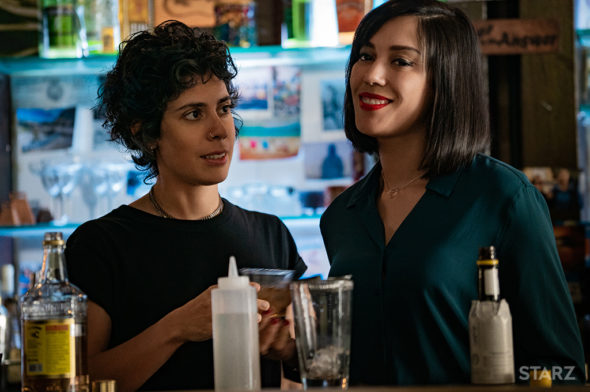 Can Emma and Lyn stick together in the third season of the Vida TV show on Starz? As we all know, the Nielsen ratings typically play a big role in determining whether a TV show like Vida is cancelled or renewed for season four (in this case, we know season three is the end). Unfortunately, most of us do not live in Nielsen households. Because many viewers feel frustration when their viewing habits and opinions aren’t considered, we invite you to rate all of the third season episodes of Vida here.

A Starz drama series, Vida stars Melissa Barrera, Mishel Prada, Ser Anzoategui, Carlos Miranda, Chelsea Rendon, Maria-Elena Laas, and Roberta Colindrez. The series centers on two estranged Mexican-American sisters from the Eastside of Los Angeles. When tragedy brings them back together, Lyn (Barrera) and Emma (Prada) have to face the truth about their past, their mom, and themselves. In the third season, the bar is booming and their love lives are actually flourishing but then, the Hernandez sisters discover a long-buried family secret that ruins their hard-won peace. The sisters must decide if they can continue together as a family or if they should move on alone, for good.

What do you think? Which season three episodes of the Vida TV series do you rate as wonderful, terrible, or somewhere between? Do you think that Vida should have been renewed for a fourth season on Starz? Don’t forget to vote, and share your thoughts, below.

Loved it, sorry I only saw the last few episodes but really enjoyed it.