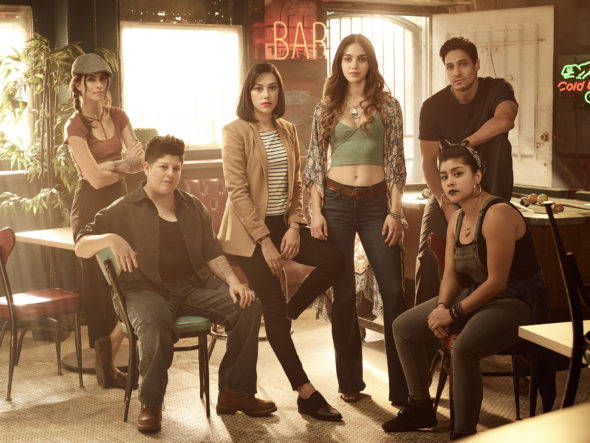 Despite growing up together on the Eastside of Los Angeles, Emma (Prada) and Lyn (Barrera) could not be any more different from each other. There has also never been more distance between them — than when they have to reunite in the old neighborhood, upon the death of their mother.

Bright and ambitious, Emma has dedicated herself to carving out a big career in Chicago. Although she has been estranged from her family, she comes back home for her mother’s funeral.

The responsibility of the family’s business soon falls to Emma to handle. While she has been gone though, so much has changed that she is struggling to make sense of it. Lyn may be the only person who can help her do so.

Something of a reckless party girl, Lyn has been living high on the hog in San Francisco, courtesy of her beauty and charm. Her rich boyfriend is even ready to help her launch a line of Aztec-inspired lotions. Life is good, until Lyn has to return to L.A. and the life she left behind. Once she is at home, she must ponder a lot of questions about her own life.

When Vidalia dies, no one is more bereft than her wife, Eddy (Anzoategui). Although she has an imposing way about her, Eddy is nothing if not giving, empathetic, loyal, and loving. As central as she is to her community, when Eddy’s heartbreaks, the pain affects the whole neighborhood.

As Emma and Lyn reacquaint themselves to life on the Eastside, they realize they have to come to terms with the past. They’ll also learn some surprising things about their mother — and maybe even themselves.

What do you think? Do you like the Vida TV series? Should this Starz TV show have been cancelled or renewed for a fourth season?

Thanks Stars for showing season 3, that was a treat so unexpected.