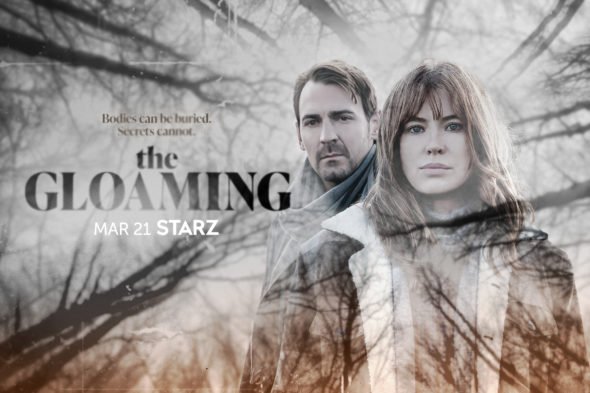 The Gloaming series was produced in Australia and aired there more than a year ago. A second season was in development when the pandemic hit. It’s unclear if season two will actually be made or if Starz will want to air it. Will The Gloaming be cancelled or officially renewed? Stay tuned.

A drama series, The Gloaming TV series was filmed and set in Tasmania, Australia. It stars Emma Booth, Ewen Leslie, Martin Henderson, Aaron Pedersen, Rena Owen, Josephine Blazier, and Matt Testro. When a woman is found brutally killed, the clues surrounding her death connect to murders both past and present. Political corruption and shady business dealings are soon entwined with sinister crimes and occult practices. At the center of this web are two detectives, Molly McGee (Booth) and Alex O’Connell (Leslie) who share a tragic past. In a harrowing journey to find the truth, their fate is coerced by the ghosts of the unsettled dead that linger in the liminal space between life and death – known as “The Gloaming”.

What do you think? Do you like The Gloaming TV series on Starz? Should it be cancelled or renewed for a second season?

Really enjoyed The Gloaming, series one. The ending left the viewer hanging, what was going to happen and where was the explanation. There has to be a series two, or it will be most annoying!!

I think the show is great. But your table doesn’t make sense. Why are only 18-49 year olds represented?