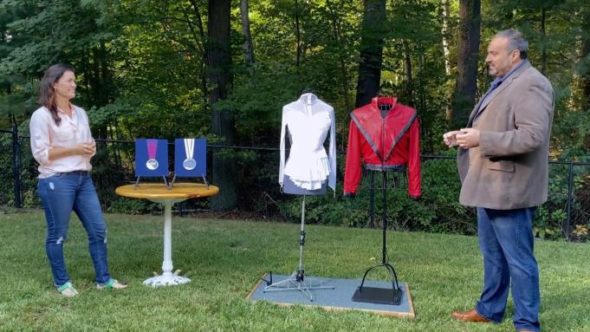 Antiques Roadshow is not going anywhere anytime soon. PBS has renewed the series for season 26, and they have already set their filming locations. For safety, the series will film on closed sets in the five locations.

PBS revealed more about the renewal of Antiques Roadshow in a press release.

“ANTIQUES ROADSHOW is going back on the road in 2021 to film all-new episodes in its continuing quest to discover America’s next hidden treasure! With a focus on health and safety, a modified production process this year features invitation-only filming on closed sets. Fans can apply to win an invitation to a ROADSHOW filming location through the ANTIQUES ROADSHOW 2021 Appraisal Contest.

“Planning our next season, we faced what to do as one of television’s largest traveling shows, whose core premise requires in-person examinations of objects brought by thousands of people in a single day – while navigating the continuing conditions of the pandemic,” said executive producer Marsha Bemko. “As producers we met the moment by revising the process to put ROADSHOW back on the road.”

Beginning in August, the 18-time Emmy® Award nominated ANTIQUES ROADSHOW will visit five locations in 2021 to film invited guests and their treasured items for ROADSHOW’s Season 26.

All production for ROADSHOW’s 26th season will follow ANTIQUES ROADSHOW’s COVID-19 protocols and will be on closed sets, accessible only to ROADSHOW production teams and pre-selected invited guests and appraisers. ROADSHOW will record scheduled appraisals in small, independent groups, keeping contact to a minimum and distance as much as is possible. Importantly, most filming will take place outdoors. ANTIQUES ROADSHOW will not be appraising any other items.

Invited guests will be selected based on submission of their personal treasure and story entered for their chosen filming location for the ANTIQUES ROADSHOW 2021 Appraisal Contest. Entries that wow ROADSHOW producers will be selected to win an invitation to one of the five production locations.

A premiere date for season 26 will be set at a later date on PBS.

What do you think? Are you a fan of the Antiques Roadshow TV show on PBS? Do you plan to watch the new season when it airs?

We miss the Antiques Road Show. Please bring it back.

So glad it was not canceled. Great show with an education to go along with it.

It would be REALLY HORRIBLE for this to be cancelled I’m 36 YRs old, literally I can only take it day to day with living due to how many medical issues I have, I grew up watching this with my mom. My mom has always wanted it, now my siblings, nieces, nephews, friends. But best of all my mother, husband & I still watch the show together. It’s not only been educational & informing But it brings my family together weather times are hard, good or bad. Thanks to the show is also inspired us to start some of our… Read more »

This is a great show and tremendously informative.